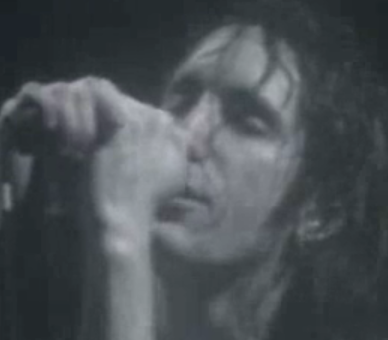 Trent Reznor, better known as the man behind the band Nine Inch Nails, is apparently fed up with Twitter. In a long, free-flowing rant post tonight in the NIN forums, Reznor let his haters have it. What starts out as a diatribe against the record labels (which Reznor has been one of the main opponents against in recent years), quickly turns directly to Twitter, which Reznor seems to blame for allowing him to give too much insight into his personal life — something which some trolls are using against him. And so he’s taking a break from the social media scene, and has turned his Twitter account into a “one-way” stream of NIN-only material, according to his new bio.

And apparently, he won’t change it until “Twitter improves blocking.” The reason for this is people Reznor calls the “Metal Sludge contingency.” Here’s Reznor graphic description of these people:

Metal Sludge is the home of the absolutely worst people I’ve ever come across. It’s populated mainly by unattractive plump females who publicly fantasize about having sex with guys in bands. Kind of like a role-playing game where people NOBODY will fuck make up stories about their incredible sexual encounters with people they WISH they could fuck. It would be kind of funny in a sad and pathetic way except the fun doesn’t stop there – hate and good old-fashioned outright blatant racism are also encouraged to spice things up and remind you how truly ugly these scourges are. TRULY ugly on the inside (the outside is obvious).

But buried in this stuff, Rezor has some good points. First of all, Twitter is quickly getting overrun by spammers. That’s probably not a shock to those of us who follow and use Twitter a lot, but it’s getting to the point where celebrities are now starting to notice it, and it’s turning them off from the service. As he puts it, “So when you see the new accounts that pop up daily on Twitter spewing [garbage], usually from picture-less creatively named profiles, spewing hate at Mariqueen and I, take a moment to visualize the sad couple people behind them.”

Also, he’s thinking about the idea of these networks using real-life verifications to encourage better conversations:

I had thought a while ago about attempting to start a mainstream public forum that required real verification of it’s participants for purposes of context. The idea was to have a place where you can actually discuss whatever and have some idea of who you’re conversing with. For example, if we were discussing drumming techniques and you can see that someone participating in the discussion is a drum instructor vs. a 13 year old kid Googling answers, you’d have the proper context in which to have a potentially valid discussion. If we were discussing EDLC’s heart condition and a real cardiologist speaks up, I’d value his opinion over, say FredFuckFaceWhateverHisLastFuckingNameIs’s “opinion”. Know what I mean? Anyway, we’re in a world where the mainstream social networks want any and all people to boost user numbers for the big selloff and are not concerned with the quality of experience.

That’s obviously another shot at Twitter, but it really speaks to most networks. Facebook is by far the best as it at least tries to make sure real people are using it. This topic is something I have thought about recently, as well.

Reznor kind of gives away what seems to be at the heart of his issues towards the beginning of his rant:

Back to Twitter. I approached that as a place to be less formal and more off-the-cuff, honest and “human”. I was not expecting to broadcast details of my love life there, but it happened because I’m in love and it’s all I think about and that’s that. If this has bummed you out or destroyed what you’ve projected on me, fair enough – it’s probably time for you to leave. You are right, I’m not the same person I was in 1994 (and I’m happy about that). Are you?

Apparently, some people are disappointed with Reznor no longer portraying himself as the crazed counter-culture icon he was in the early-to-mid 1990s. He’s in love now, and it’s changed him. And thanks to Twitter, millions of people have been privvy to that. Other celebrities should consider that a warning. With Twitter, there is no PR person filtering the message about you. That’s both powerful, but also potentially harmful.

Reznor’s post is actually quite insightful, when you’re able to parse it. Especially when compared to Kanye West’s rant about Twitter last month. And his rants have proven useful in the past, especially against Apple’s ridiculous app approval process for the iPhone. Perhaps now, Twitter will step up its game in the fight against spam and trolls.