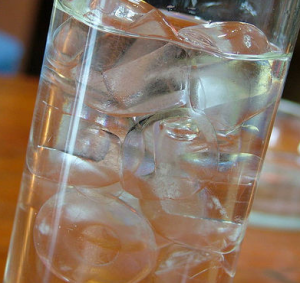 The T-Mobile G1’s physical keyboard sucks. The keys are oddly spaced, they’re too depressed and the device’s Leno chin makes for an overall awkward typing experience. The Google Ion (sometimes called the “G2” or the HTC Magic) offers a much nicer experience with its virtual keyboard, and is overall a much nicer device. I’m not sure why anyone would buy a G1, but to those that did, Google threw them a rather nice bone today: Keyboard shortcuts in Gmail.

If you have an Android phone with a physical keyboard (so, as of right now, the G1), you can now use the same keyboard shortcuts you’re accustomed to in Gmail on your computer web browser. So, for example, if I’m reading a message in mobile Gmail that I want to archive, I can simply hit the “e” button on my G1 keyboard. The same will not work for devices with a virtual keyboard, presumably because it only pops up when you’re in “writing” mode, and when you’re reading email, you wouldn’t be in writing mode.

Google rolled out this new feature as a part of some overall improvements to the mobile Gmail experience. The other big improvement is that auto-completion for all phones, including the iPhone, should now be faster. Google sped this up by using previously fetched auto-complete matches. It’s a small, but nice improvement.

Back to the physical keyboard for a second, it’s nice that Google has found a way to make the G1’s not completely worthless when everyone gets the Android 1.5 “Cupcake” update which includes the virtual keyboard. But having a large portion of your device serve as basically a shortcut button area is not something most people will care about.

I know that most Blackberry’s have nice physical keyboards, and people are obsessed with them, but I finally got around to trying out the Palm Pre’s keyboard — it’s laughable how bad it is. Perhaps if I had index fingers for thumbs it would be okay, but the keys are way too small and crammed together. And the fact that it always feels like I’m popping bubble wrap when I type doesn’t help either. Virtual keyboards for the win.