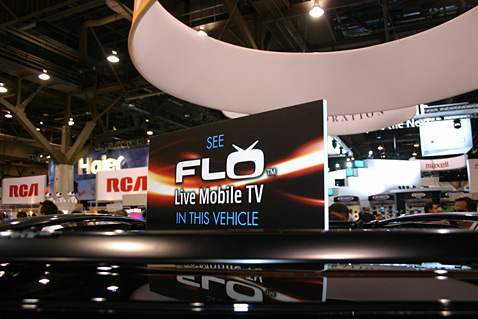 TV on the go has been a reality for awhile. What with Verizon and Sprint offering their users streaming TV on their cell phones for more than a year. Today, though, a large third party player enters the fray: a Qualcomm subsidiary, FLO TV, has just announced that they are expanding their service nationwide. The launch date is slated to follow the DTV transition this Friday, June 12. (If you’re wondering what DTV is, you probably won’t care much for FLO TV, and you can read more about DTV here.

FLO TV will launch in 39 new markets, and offer “its service to an additional 60 million customers with a total reach of more than 100 major markets and more than 200 million potential consumers nationwide by the end of 2009.” This is great news for AT&T customers, always the last to get any sort of decent new technology on their phones (except the iPhone!). But, don’t rejoice yet – iPhone users; Apple isn’t allowing any streaming video applications on the App Store. Arrrgh. Doesn’t that make you want to break something?