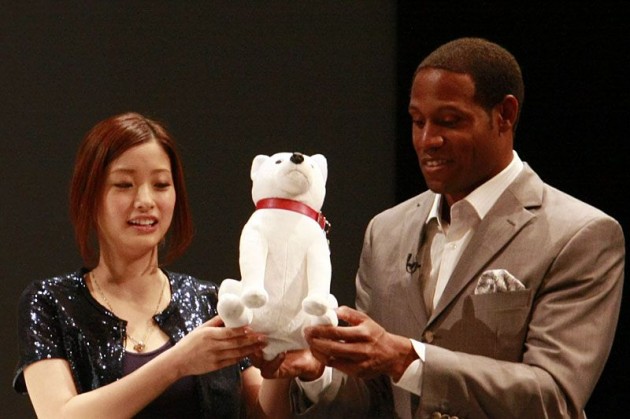 SoftBank is very well known in Japan for their weird marketing efforts, including a family that stars in all TV commercials for the company and has said husky as the father (this is also the way they sell the iPhone over here). This specific campaign ends on August 31.

In the TV spot you can see below the sister of the family (Japanese super star Aya Ueto) says carrying the strap around gave her so many muscles that she is now able to lift up her brother without any problems.