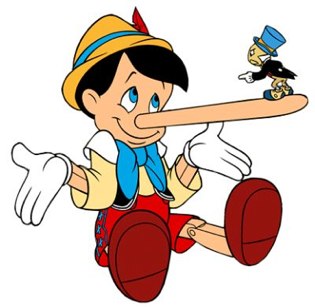 The New York Times Sunday edition team picks fights like no one else. The problem is they tend to pick the wrong fights. And mask opinion pieces as straight up factual articles.

In December they wrote about Facebook revenue woes just, as it turned out, at the time that Facebook saw a huge spike in advertising dollars that will propel them to as much as $600 million in revenue this year. Then there was the Tesla article that prompted quite a response from CEO Elon Musk. That article was retitled and rewritten to correct errors and change the overall tone.

I can’t help wondering if our occasional criticism of the NYTimes prompted their most recent attack, this time aimed squarely at us. Not only does writer Damon Darlin get a lot wrong, he just absolutely failed to write the real and far more interesting story that was staring him in the face.

When Damon reached out to me by email to talk about the story, I wrote back something along the lines of “The Sunday New York Times scares the shit out of me” because of their reputation for twisting conversations to fit whatever story they’ve decided to write. But Damon persisted, saying “I want to call you about a column I am doing on different ways news organizations approach reporting rumors.” Seemed fair enough, I have lots of thoughts on that subject.

We talked for 20-30 minutes by phone. About 30 seconds of dialog, remixed to change the meaning and context entirely, made it into the article as quotations. None of the rest of our talk seemed to influence his thesis, that blogs can’t be trusted, at all.

Damon was laser focused in the article on a post we ran talking partially about Apple/Twitter acquisition rumors. Here’s that post: Twitter Mania: Google Got Shut Down. Apple Rumors Heat Up. Damon says:

Hours later, TechCrunch, a popular Silicon Valley tech news site, was reporting the very same thing. The posts generated a good deal of traffic for both sites. They were picked up by numerous reputable sites and retweeted endlessly on Twitter. The TechCrunch post yielded 405 comments from readers, an unusually large response. Within 12 hours the Gawker post had been viewed 22,000 times, enough to earn it the orange flame that Gawker editors use to designate a post as hot news.

Neither story was true. Not that it mattered to the authors of the posts. They suspected the rumor was groundless when they wrote the items. TechCrunch noted, 133 words into its story, that, “The trouble is we’ve checked with other sources who claim to know nothing about any Apple negotiations.”

But they reported it anyway. “I don’t ever want to lose the rawness of blogging,” said Michael Arrington, the founder of TechCrunch and the author of the post. (Owen Thomas, the writer of the Gawker post, has since taken a job at NBC and did not want to comment on the record.)

Damon is suggesting that I reported the rumor as if it were real, and waited until deep into the post to say anything about it being unlikely. 133 words into it!

The fact is we didn’t talk about the rumor until the third paragraph of that story, and the statement about it being unlikely to be true came immediately after the sentence that stated the rumor:

Today, though, rumors popped up that Apple may be looking to buy Twitter. “Apple is in late stage negotiations to buy Twitter and is hoping to announce it at WWDC in June,” said a normally reliable source this evening, adding that the purchase price would be $700 million in cash. The trouble is we’ve checked with other sources who claim to know nothing about any Apple negotiations. If these discussions are happening, Twitter is keeping them very quiet indeed. We would have passed on reporting this rumor at all, but other press is now picking it up.

There’s just no way to interpret this paragraph as a cheap way to get traffic by misleading readers. We say exactly what we were hearing, and what we believe to be true. And by the way, it shouldn’t matter, but we’ve subsequently confirmed that Apple and Twitter were in fact in acquisition discussions, and the original source for our story was correct.

The other money quote from Damon is also misleading and was taken out of context:

That drive to compete with the so-called mainstream media is what’s behind his strategy. He doesn’t have the luxury of a large staff to confirm everything, so he competes where he has the advantage. “Getting it right is expensive,” he says. “Getting it first is cheap.”

Note the break between “Getting it right is expensive” and “Getting it first is cheap.” The break is there because there were paragraphs of dialog between them. Damon saw a way to slap them together to make us look bad. He did that because it fit his original thesis, which he had formed prior to talking to us.

The real story is what I said between those two sentence fragments, and it’s that stuff that makes all the difference. I talked to Damon about how stories evolve on our blog. How it can start with a rumor, which we may post if we find it credible and/or it’s being so widely circulated that the fact of the rumor’s existence is newsworthy in itself. But then we evolve a post to get to the truth.

Jeff Jarvis calls this Product v. process journalism: The myth of perfection v. beta culture in a post today. His arguments deserve to be fleshed out into an entire book.

We don’t believe that readers need to be presented with a sausage all the time. Sometimes it’s both entertaining and informative to see that sausage being made, too. The key is to be transparent at all times. If we post something we think is rough, we say so. If we think it’s absolutely true, we signal that, too, while protecting our sources.

A good example of this is another Twitter story we wrote, this time about Google. in Sources: Google In Talks To Acquire Twitter (Updated) we wrote, based on a solid source, that Google was in late stage talks to acquire Twitter. The post itself brought out other sources who disputed that the talks were in late stage. Within minutes after posting we had updated the text, adding “Yet another source says the acquisition discussions are still fairly early stage, and the two companies are also considering working together on a Google real time search engine. But discussions between the companies are confirmed.”

That update is 100% correct. Google was in talks over a data deal, and there were discussions of an acquisition. Our original source got his information from a Google employee. We have subsequently confirmed that a Google employee did in fact tell him that they were in late stage acquisition discussions with Twitter, because he believed it to be true. There was some internal miscommunication about the discussions.

But anyway, media outlets like the NYTimes think that having to update a story is a sign of weakness. I believe the opposite, that it’s a sign of transparency and a promise to our readers to continue to give them the best information we have. Corrections and updates are made constantly to big news posts.

Some people ask why we don’t just wait until we have the whole story before posting. That’s where the cheap/expensive quote above comes in. The fact is that we sometimes can’t get to the end story without going through this process. CEOs don’t always take our calls when we’re asking about speculative rumors. But when a story is up and posted, it’s amazing how many people come out of the woodwork to give us additional information.

It’s that iterative process, which Jarvis nails completely, that I was trying to guide Damon to. He can like it or hate it, but it works. And readers love it. The only people who don’t like it are competitors who like to point out that a story was partially wrong, and that they got it right later. But the fact is that they didn’t even know there was a story to begin with. Our original post kicked off the process, and they, like us, started digging for the absolute truth.

The other thing Damon conveniently left out of his article are the many, many big stories that we have broken over the years. There’s a reason that we are no. 1 on the TechMeme leaderboard. There’s a reason why we have more than twice the weight of CNET, at no. 2 and the NY Times at no. 3. It’s because we have an exceptional reputation for honesty and hard work, and we spend all our time in the community building friendships with the people who are driving this industry forward. I translated the word “friend” into “source” for Damon so he could understand what I was talking about. I don’t just call these people when I have a question on a story. I also call them to hear about their kid’s elementary school graduation, or to give them advice on which venture capitalist might want to invest in them. They trust me, and they talk to me.

Here are a few of the stories that we’ve broken over the years. These aren’t stories where we followed someone else, they’re things that we broke first and nailed. I don’t think the NY Times or anyone else can point to this kind of track record:

These are just a few of the big stories we’ve broken over the years, and there are countless other smaller stories that we’ve owned completely as well (like this). Readers flock to us because we have the most interesting tech news and because we always maintain 100% transparency. Our love of this community is obvious to our readers. I just wish fear of the unknown didn’t blind the NY Times and others to the future of journalism. Because that fear is driving them exactly away from the truth.

I always shudder when journalists say “don’t say something, get a source to say it and then quote them.” It leads to really awful stuff. Pretending that you’re writing one story when you’re really writing another, and then twisting what your sources tell you to fit whatever it is that your editor told you to write isn’t ethical journalism. It may check all the boxes that were laid out for you in journalism school, but it isn’t anything other than op-ed with nothing real to back it up.

Update: NYTimes editor Tim O’Brien, who has trashed us before, tells Jeff Jarvis via Twitter “@jeffjarvis really, it has nothing to do with a “playground fight”. it’s just a a difference of opinion. you’ve aired yours, which is great.” here. One problem – the NY Times article wasn’t labeled as an opinion piece, it was labeled as factual reporting. This is a really serious issue in my opinion.

And someone else on Twitter points out that the NYTimes loves the rumor, too.

Update 2: Robin Wauters points to this post where he questioned a somewhat sensationalist headline on a NYTimes blog post. The title of the post was subsequently changed and a link was added back to us in explanation. The link was later removed by the editor. That’s called process journalism. There is actually a whole laundry list somewhere of NYTimes articles that had to be updated based on later facts coming to light, but I really didn’t want this to devolve into “i know you are but what am i.” however, we can go that route, too, if we have to.