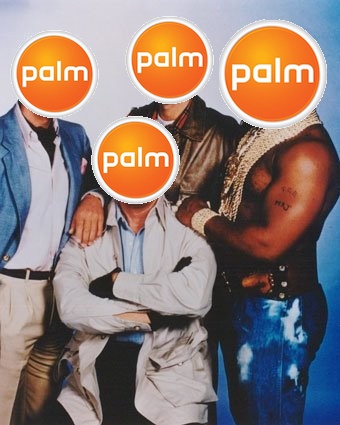 In early June 2007, Palm was teetering on the edge of obscurity. Their flagship Treo product line had gone stale, numbers were down across the board, and rumors of a sale were abound. On June 4th, 2007 it was announced that Elevation Partners had purchased a 25% equity stake of Palm for $325 million. Flash forward to today; just two years later (almost to the day), Palm has launched the Pre, a phone which managed to nab the attention of just about every blog and blog reader out there.

So what changed? What had that new-found $325 million bought them? Talent. Lots and lots of talent – from their competitors, no less. With a good amount of lucky timing and some decent salary proposals, Palm managed to snatch up at least 8 people who were just oh-so-damn good at what they do, ending up with the Palm Pre and webOS as a result.

Jon Rubinstein: Perhaps the most well known of the Palm to Apple switchers. Rubinstein worked at Apple from February 1997 to April 2006, serving as senior vice president of hardware engineering and, later, senior vice president of Apple’s iPod team. When a trip to a Toshiba plant yielded a 1.8″ hard drive that no one really knew what to do with whilst Jobs was looking for a portable music player, Rubinstein put the pieces together – and the iPod was born. Rubinstein joined at Palm right after the Elevation Partners investment was finalized in October 2007, serving as executive chairman.

Lynn Fox: Take a look at how the Pre was handled: Employees were sworn to secrecy, with all information shared on a need-to-know basis. The product announcement looked like a parallel universe Steve-note. They pushed every morsel of information in a way that was sure to hype the hell out of the thing – without promising more than they intended to offer. Doesn’t that sound like a very Apple-esque way to go about things? It should. Prior to joining Palm as head of PR in March of 2008, Lynn Fox was Apple’s head of PR for at least 8 years.

Mike Bell: After 16 years at Apple as VP of CPU Software for the Mac team, Mike Bell changed his title to Senior Vice President of Product Development at Palm in January of 2008. It seems like he’s liking it there – in December of 2008, he was quoted saying “I’m fundamentally convinced we’re onto something huge. Some of the stuff we’re working on here is mind-blowing—better than anything I’ve seen before.”

No one would have been interested in the Pre based on the hardware alone. Yet another QWERTY slider – big deal, right? But that webOS.. it just seemed so gorgeous. Everything just seemed to flow together, both visually and functionally. Though it’s still up in the air whether or not it’ll prove itself as viable a platform as the iPhone OS/App Store combination, the software is really what sealed the deal here.

As odd as it may seem, webOS’ existence may lie in the untimely (or, for Palm, incredibly timely) demise of wireless MVNO Helio. Helio started going under, and their UI team bailed – right over to Palm. A significant portion of Palm’s User Interface/Experience team is made up of ex-Helions, all the way up to the guy who introduced webOS at the Pre’s debut. 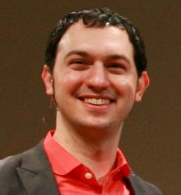 Matias Duarte: Wherever this guy goes, awesome user interfaces follow. At Danger, he helped lay the foundation for the circular homescreen UI they still use to this day on the Sidekick series. At Helio, his team churned out one of the best user interfaces to grace a feature phone – that of the Helio Ocean. Matias was chief designer at Helio before becoming Senior Director of User Experience at Palm sometime in late 2007.

Unfortunately, we don’t know all that much about the rest of his team – but we do know of a few who went with him from Helio:

From what we’ve been told, Matias’ past teams at Danger and Helio were both somewhat restricted, be it in freedom or funding. At Helio, for example, they designed an incredible user interface intended for use on the Helio Ocean 2. Unfortunately, technical limitations of the WIPI platform that then parent company SK Telecom insisted they use kept it from ever seeing the light of day. Palm, however, granted Matias and co. free reign – and webOS emerged, with hints of the Helio OS that never was tucked throughout.

This list is by no means exhaustive, of course – nor are we trying to say that these are the only folks responsible for Palm Pre/webOS. It’s simply a list of the talent we know for sure made the jump to Palm in the months and years leading up to the Pre. If you know of any we’ve missed, drop a comment below.