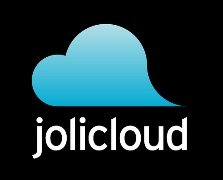 Jolicloud, the custom OS designed and built specifically for netbooks, is quietly launching later this month in private alpha for a select number of early testers and people who put themselves on the waiting list. I had a long chat with founder Tariq Krim (of Netvibes fame) about the current status of Jolicloud and came away pretty impressed. You’ll need patience before you can give it a whirl, but the good news is that we got hold of some exclusive screenshots of the operating system in action so you can see how spectacular it (still) looks, at least.

First, the skinny about the project. Krim has always been bullish on the (open) Web in general and open source technology in particular, and when netbooks started to make their way into the low-cost computer market right about the time that cloud computing was clearly maturing, he thought it was a shame that the user experience on the small-screen computers was often below par. In an effort to change that, he sought to develop a custom-built OS using open source technology and betting big on open standards, that would basically make using netbooks sexy in the same way that Apple showed the world how a mobile phone should function when it introduced the iPhone. Michael made the same analogy when he first caught wind of Jolicloud back in December 2008.

Jolicloud is based on Ubuntu and Debian but is optimized significantly for use with netbooks that are permanently connected to the Internet, whether it’s over WiFi or 3G. It enables users to install a bunch of web applications that run as if they were installed natively, including Gmail, Skype, Boxee, Twitter, Facebook, DropBox, Meebo, and many more. This is made possible thanks to a close collaboration with the developers behind Mozilla’s Prism project and the open standards that live on the Web. While the Jolicloud team is pondering about some day developing a native Webkit client for the OS, it currently runs Firefox with Google Gears installed by default and supports both Adobe Flash and AIR, which means you can do virtually everything on Jolicloud that you can currently do with your current computer’s browser.

Interestingly, you can assign your Jolicloud profile (including all the applications you use) to multiple computers, which also means you can easily power up a brand new netbook, install the OS and use it exactly the same way you’re using it on any other netbook. There’s also a bit of a social layer baked into the system that lets you keep track of your installation history and displays updates in the style of Facebook’s News Feed.  The system also feeds you updates on which software your friends are using (you can follow freinds who install it), so you can check if you’re using the most recent / optimized version for any tool based on their behavior. I think it would also make sense for Jolicloud to incorporate features from social network Wakoopa in there, so you could get recommendations based on what you use most, for example.

Below is a presentation with a collection of screenshots that reveal a lot about the functionality and design of the upcoming netbook OS (it works best if you view the slides in full-screen mode) as well as a video from netbooknews.com featuring a review of a slightly older version of Jolicloud.

Personally, I’m excited about the project’s potential and can’t wait to test the alpha version—dubbed Robby because of Krim’s fascination with Robby The Robot—on my Acer Aspire One later this month. At the same time, I have my reservations about the potential for Jolicloud to gain the necessary traction to make waves in the market, or the ability for the fledgling company to compete with other Linux-based operating systems, particularly Android which is rumored to be coming to netbooks in a big way in the future.  But Krim is trying to invent the future here, and for that alone Jolicloud is worth keeping an eye on.