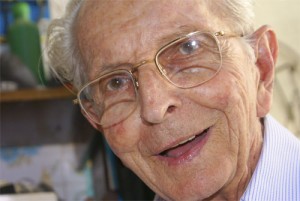 Sure, your grandparents never seemed like the most tech-savvy people on the block, but a recent release by The Seniors Coalition aim to change that. According to them, not only do old folks know their stuff, they want to change things for the better.

A study commissioned by The Seniors Coalition shows that a stunning proportion of cell phone users are woefully unaware of the conditions of the contract they’ve locked themselves into. 40% of users surveyed, for example, had no idea how much they would be charged if they ended their contract early. Similarly, 54% surveyed admitted to using fewer minutes than they pay for each month. Spokesperson “Grandma” Green (seriously, that what everyone calls her) urges customers to try and better under their contracts and plans so they don’t pay out the nose for unnecessary minutes and features, but she admits it can be hard:

Consumers need to have a good handle on how many cell phone minutes they use each month.  But who can really blame them for having trouble keeping track of this when they get the gobbledygook bills provided by most cell phone companies.

Now this is a cause we can all get behind. Ultimately, The Seniors Coalition aims to get this information in front of Congress, in hopes that they will crackdown on puzzling cell phone bills and charges as hard as they did on credit card companies. If their hard work pays off, we’ll all be in better shape, and hey, we can show our appreciation to grandma and grandpa by using our new found savings to pick up some bird feeders and prune juice.