Microsoft just announced it’s new search engine Bing, and it is going to spend a reported $80 million to $100 million on an advertising campaign to familiarize consumers with the brand. But was it the best name it could have picked?

Asked about the name onstage at the D7 conference, CEO Steve Ballmer admits: “I am not what you would call the creative side of life. Short matters. Being able to verb up can be helpful.” But he also says, “We wanted something that unambiguously says search.”

Does it? To me, Bing says nothing. I think a better name from the ones Microsoft was supposedly considering would have been Sift. Other candidates were Kumo, which is project’s codename, or Hook. Which would you have gone with?

What Would You Have Named Microsoft’s New Search Engine?(web poll) 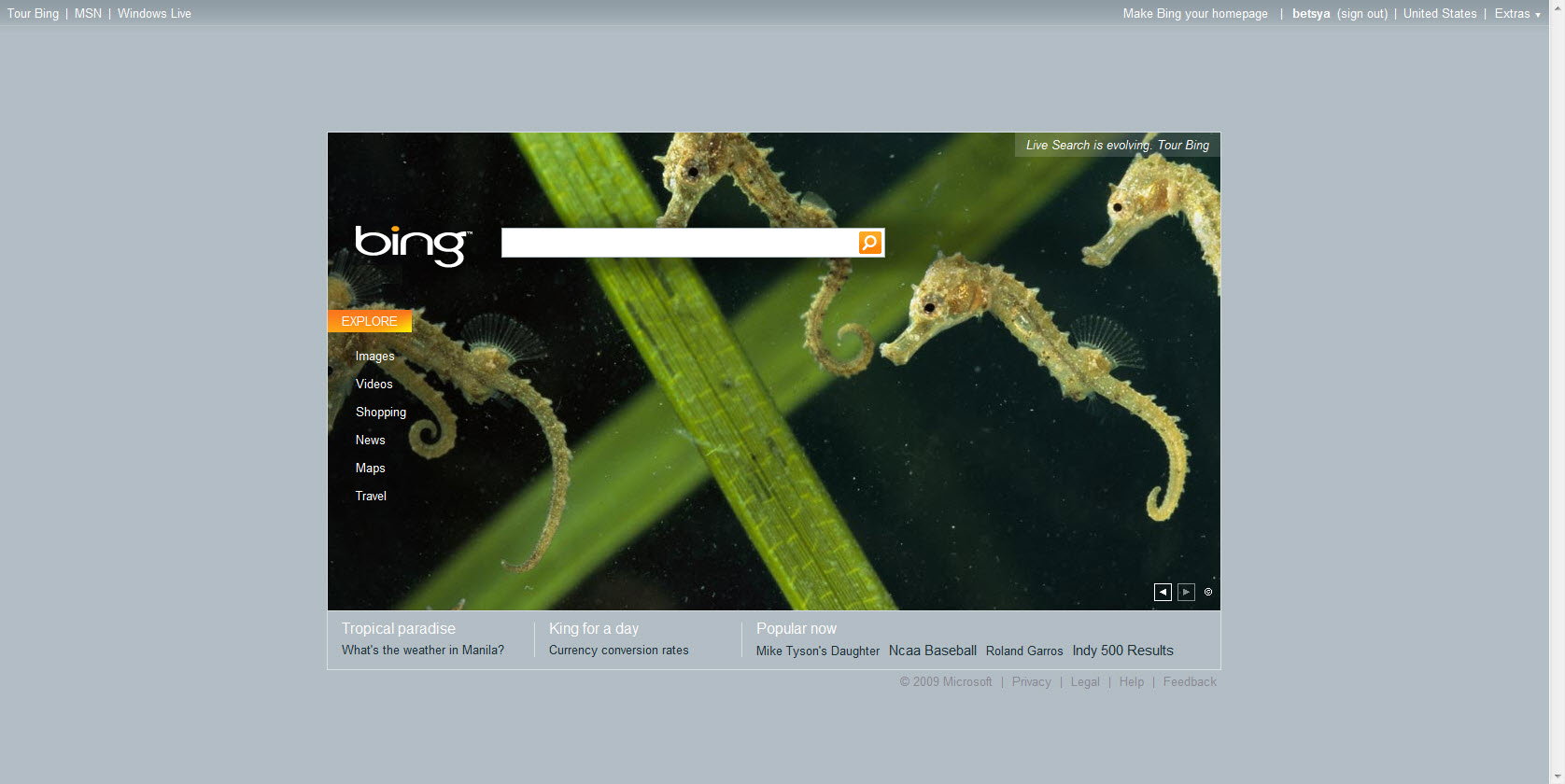