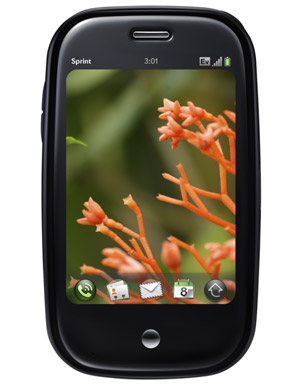 The Palm Pre will be Twitter friendly. In a demo of the Palm Pre at the D7 conference a few minutes ago, Twitter search was showcased as one of its universal search options (along with Google and other search engines). Other features shown in the demo included the ability to sync the Pre to iTunes, download music over the air from the Amazon MP3 store, run multiple apps at the same time, and integrate third-party apps with other apps on the device such as the calendar. For instance, if you buy a movie ticket through a Fandango app, it can make an entry on your calendar.

In an interview on-stage, Palm’s largest investor Roger McNamee of Elevation Partners noted that Palm represented 45 percent of the capital invested by Elevation so far. McNamee compared Elevation to the early days of Kleiner Perkins, where the partners are fully engaged in the businesses they invest in and they invest in very few companies (Elevation has six portfolio companies and five partners). Palm is its biggest bet by far. “This will be the thing that defines us,” says McNamee. He is confident that there is room in the transition from feature phones to Web-enabled smartphones to carve out a decent business for Palm. First, he’s got to make sure the Pre does not flop.

Asked whether Apple would mind that Palm built iTunes sync into the Pre, McNamee shot back: “They are practically a monopolist. Consumers want their content.” The Pre can only sync non-DRMed content from iTunes. And there are other ways to get that content, but this is the first non-Apple device that syncs directly with iTunes without the use of third-party software. ” They can’t tell people what to do with music that they own,” says McNamee. “We are confirming their dominant market share. They are not stupid.”