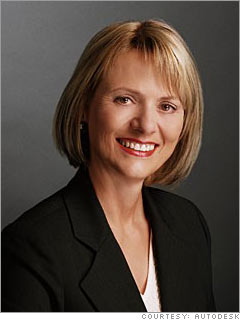 Yahoo CEO Carol Bartz reiterated today that Yahoo is still talking with Microsoft “a little bit” about a possible search deal, but said that it would require a “boatload of money” along with the right data-sharing arrangement (because the search data is key to Yahoo revenues, ad relevance, and user experience). Pressed onstage at the AllThingsD conference whether she would reconsider selling the entire company to Microsoft, she replied: ” Oh, they’d have to have big boatloads of money.” While she still seems resistant to the idea,the fact that she would now consider it at the right price is a softening of her public stance. This doesn’t mean an outright sale is back on the table (that original $45 billion boatload of money left port a long time ago), but at least she is open to the possibility.

A search deal with Microsoft remains a more likely transaction. She explained: “There are two parties in all of this. The other party has all the money, we have the data.” Both are valuable.

More immediate deals might come from Yahoo doing some acquiring itself. “We are very interested in social, and in video technology,” said Bartz. She was particularly bullish on Web video: “This is just the beginning. The whole video area is so exciting. Video advertising growing four times by 2011.”

In terms of what she needs to do to get Yahoo back on track, her main focus remains streamlining management and decision-making at the company. Bartz related the following story of Jerry Yang inviting her over to his house when he was trying to recruit her for the CEO job, which she didn’t want initially:

Jerry said, ‘At least come to my house and talk to me.’ I said, ‘I will come talk, but I am not taking the job.’ He pulls a flip chart out of the closet. We all have a flip chart at home, right?

I said, ‘Show me who on this board would make the big search decision. He started drawing the arrows. It was like a cartoon. I said, ‘Oh my God. You need management here.’ I couldn’t figure out who was in charge. He didn’t explain that part very well.

So what does she think needs to do fix Yahoo? She didn’t get into specifics, but acknowledged that Yahoo needs to be updated and do a better job of what it already does well:

Yahoo drives more traffic to more sites on the Internet than anything else. What is it about us? People trust us. We just have to do an even better job. We have to make it simple. On the other hand, it has to be more customizable. It just has to be a more modern UI and more modern approach, and that is what we are going to do.

Bartz distanced her strategy from chasing any particular hot trend, whether it is search or social networking. “Everybody doesn’t just go to Facebook,” she noted. “People visit 85 sites a month, but spend most of their time on one or two. They can start on Facebook, but it doesn’t give them their news, their stock quotes, it doesn’t give them a of of things.” Them’s fightin’ words.