After we broke the story of the Palm Eos’ existence back in April, the information came pouring in. Alas, one thing that no one could seem to nail was a release date.

A month later, we’re still date-less – but we’ve at least got a rough idea. Engadget tore this slide fresh out of an AT&T internal document, pointing out the mentions of a release sometime in the latter 6 months of 2009. With the first half of 2009 nearly over, all this really means is that it’s not coming, you know, next month – but hey, at least we know they’re still hoping for a 2009 release, right? 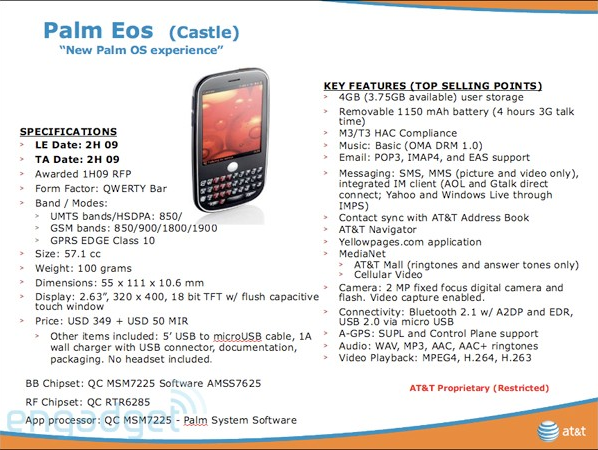