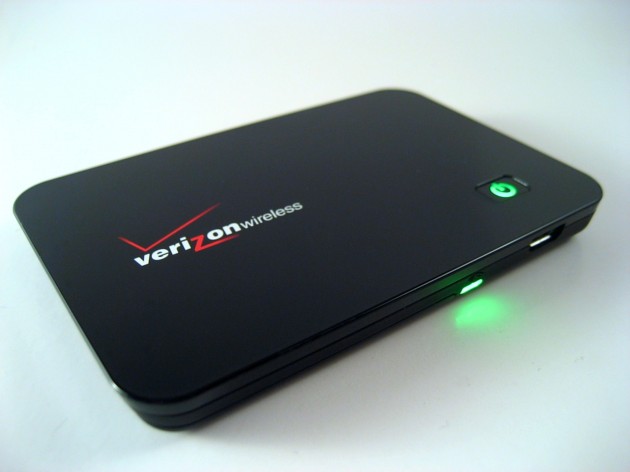 Short version: We’ve loved the MiFi mobile router since we first laid eyes on it back at CES. After a few days of playing with the Verizon MiFi 2200, we still love it just as much – but with one hangup: the nasty monthly bill. After a trivial hiccup with the activation, we had 4 computers up and running in minutes. Speeds in our area are about average for the local EVDO Rev-A network, and we’ve had absolutely no connectivity drops in our 2 days of testing.

As a blogger by trade, I find myself in a situation where I require mobile broadband on a weekly basis. Be it liveblogging some Apple event or just scrambling to write up a story that broke while I was out to lunch, it’s a regular thing – and I’ve always hated it. Dongles go on the fritz, carriers refuse to make drivers for my platform of choice (OS X); I’ve tried a half dozen different solutions, and these things just never, ever work for me. Until the MiFi, that is.

The MiFi seemed like an incredible idea from the very beginning. No more dongles, no more mandatory branded connection software. Just flip the switch, and bam – wireless connectivity for up to 5 people, provided by whichever carrier graced the top of the unit. Sounds great, right?

As great as it sounds in theory, it’s even better in practice. It works, consistently and dependably. 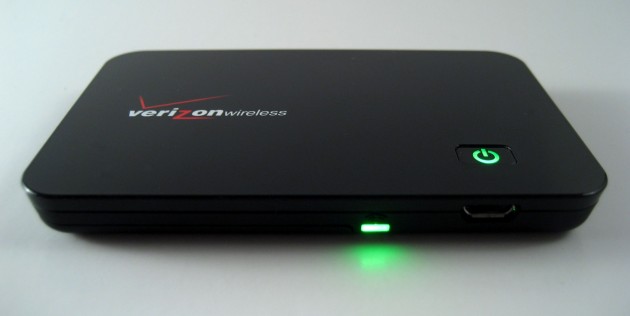 You do need to use Verizon’s provided software – but only one time, to activate the unit. The software is compatible with both Windows and OS X. The manual implies that you don’t actually need the software to activate on OS X as long as you’ve got the latest updates, but we couldn’t figure it out. Activation ended up being the only snag we’ve had with the unit thus far, as the manual wasn’t very clear on the process. Once we’d installed the software, rebooted, and attempted to connect the device, everything sorted itself out. All in all, it was about 10 minutes of set up with activation. Once activation is complete, however, setup is nearly instantaneous. You just turn it on, wait 10-20 seconds for the device to initialize, then connect to it as you would any WiFi point. You can remove the software package, and other computers that connect to the unit never need to see the software at all unless you wish to connect to the network via the microUSB port rather than WiFi.

Connectivity wise, the MiFi 2200 was averaging around 1500 kilobits per second down, 500 kilobits per second up. That barely scratches the speeds we were seeing with the 7.2Mbps HSDPA Telefónica MiFi models we saw back at MWC – but this is EVDO Rev-A we’re talking about. This is about average for Rev-A connectivity in our little notch of Central California. Speeds were about the same throughout the city, and whilst skipping down the freeway at 70 mph or so. The MiFi didn’t miss a beat.

Our only qualm with the product isn’t with the device itself, but with Verizon’s insane pricing scheme. The up-front cost of $99 bucks after $50 dollar mail in rebate isn’t too bad; we’d pay that without batting an eye. But, as with all mobile broadband plans, the monthly bill is ridiculous. You have two options: $40 per month for 250 MB of data, or $60 per month for 5 GB (5120 megabytes) of data. In other words, you have the choice of paying 16 cents per megabyte or a bit over a cent (0.011718 dollars) per megabyte. Now, that last option may sound reasonable – so much more so than the first option, in fact, that we’re going to just ignore the first one all together. A penny a meg! What a bargain! Go ahead, monitor your bandwidth for a day. On today’s video hungry, image-centric internet, you could blow through 5 gigs in a few days with moderate usage. Plug 3 or 4 guys onto the router (remember, it supports up to 5), and you’re out of data before you’ve even been rickroll’d once. Once it’s gone, you’ll be paying 5 cents a megabyte. (On an odd site note, the fee for data overages on the 250MB plan is 10 cents a megabyte – which is actually less than what you’re paying for each non-overage megabyte)

Crazy as that seems, the pricing is actually slightly better than Verizon’s standard mobile broadband pricing, wherein $40 bucks gets you 50 MB rather than 250.

Oh well – if you’re going to get mobile broadband, you essentially have to deal with the absurd monthly costs. With that in mind, we whole heartedly recommend the MiFi to anyone looking for a mobile broadband solution. It does everything right, and is the simplest and most rock solid solution we’ve seen so far.