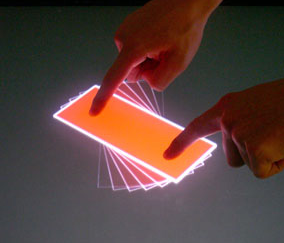 Zune fans (all 12 of you), I have some bad news. There will be no new Zune announcement in June, apparently that was just a mix up on Microsoft’s part linking to the wrong Twitter account. More importantly, it also means there will be no ZunePhone announcement of any kind. But there are still potentially some new details on that front today thanks to ZDNet’s Mary-Jo Foley.

Foley claims that a “trustworthy source” has given her the hardware specs for Windows Mobile 7 Chassis 1, believed the project Microsoft is calling “Pink.” While it may not be exactly a “ZunePhone” per se, Pink is thought to be a project to build a more iPhone-like mobile device that uses the Zune software mixed with Windows Mobile — though it would likely be built by a third party. Like Google with Android, it’s thought that Microsoft would create an outline of specs it would like to see from hardware vendors, and that’s what this list Foley has is. And it’s very interesting for a few reasons. None bigger than the word, “multi-touch.”

The specs include an ARM processor, at least 256MB of RAM, at least a 800×480 3.5″ display, a 3 megapixel camera, Bluetooth, WiFi and Micro USB and 3.5mm audio jacks. All of those sound great — the screen in particular sounds nice. But the real key is this line in the core requirements: “Touch: Multi-touch required.”

So that’s not just multi-touch as an option, that’s multi-touch being a central point of the project. Up until now, Apple’s iPhone has been the only mobile device with multi-touch support. But very shortly Palm is set to launch it in the Pre. For those who haven’t been paying attention, this has caused a lot of drama on the web as Apple’s COO Tim Cook made comments many viewed as hostile towards Palm when discussing the fact that Apple would protect its IP — it has several patents on multi-touch for mobile devices.

But Apple doesn’t own all multi-touch patents, and Microsoft of course, already has a multi-touch piece of hardware with its Surface computer. Multi-touch support is also baked into Windows 7, and would appear to be a key part of Microsoft’s strategy going forward. But how that will play out in the mobile realm remains to be seen. Aside from the thinly veiled threats towards Palm, Apple supposedly talked with Google about not including multi-touch support in Android, before the first of those phones launched last year.

Palm coming into the multi-touch world is one thing, but Microsoft entering the realm in the mobile world is something else entirely. I can’t wait for the next Apple earnings call to hear Cook address this one! That is of course, if these specs are legit.