Apple has just sent out an email alert to iPhone developers that any new app submitted to the App Store will have to be ready for the iPhone 3.0 software, which is due shortly (probably around Apple’s WWDC event in June). Beginning today, any app submitted that isn’t 3.0 compatible will be rejected.

Here’s the key parts of the email:

Beginning today, all submissions to the App Store will be reviewed on the latest beta of iPhone OS 3.0. If your app submission is not compatible with iPhone OS 3.0, it will not be approved.

One potential issue as outlined by our tipster Nick is as follows:

Apple also says that most apps will run on 3.0 without any changes, however, some major changes were made and I suspect any app using a UIAlertView (pretty much any app with a confirm/deny dialog) will need to be changed due to the change made to the indexing order of the buttons on that view. 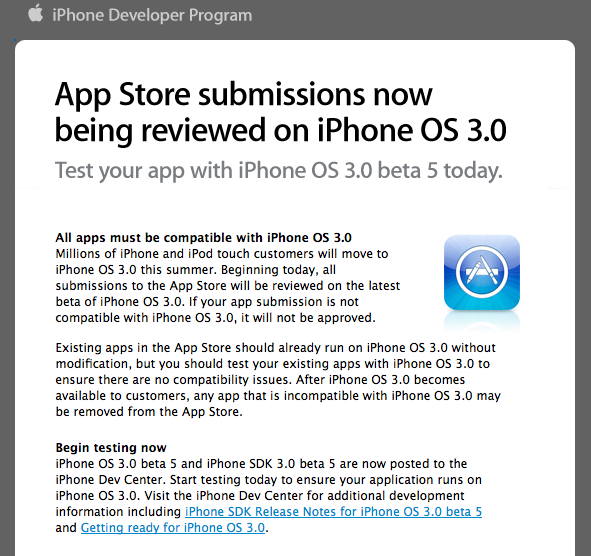