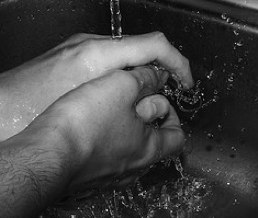 Arianna Huffington testified today before the Senate Subcommittee on Communications, Technology and the Internet in a hearing on the “Future of Journalism.” The Senate was contemplating the future of news, particularly newspapers, and will consider what (if any) action Congress needs to take to save the industry. Those who testified include Marissa Mayer, Vice President of Search Products and User Experience at Google; lberto Ibargüen, CEO of the John S. And James L. Knight Foundation; David Simon, writer and producer of The Wire, and former Baltimore Sun employee; Steve Coll, former managing editor of The Washington Post; and James Moroney, publisher and CEO of The Dallas Morning News. You can see the transcripts of their testimonies here.

Huffington says in her testimony that traditional media has been afflicted with Attention Deficit Disorder, saying “they are far too quick to drop a story-even a good one, in their eagerness to move on to the Next Big Thing.” Online journalists, she says, have Obsessive Compulsive Disorder because “they chomp down on a story and stay with it, refusing to move off it until they’ve gotten down to the marrow.” She goes on to say that the two afflictions should be merged to produce optimal journalism.

Huffington maintains, as she has said before, that the future of journalism is based on a the link economy, search engines, online advertising, citizen journalism and foundation-supported investigative funds. She warns that if media doesn’t adopt these features, then they will have a tough time surviving.

David Simon, the creator of the popular HBO series “The Wire,” took a pot shot at bloggers, saying that they aren’t “in the trenches” like newspaper journalists so often are. He said he has never seen a blogger in a courthouse or bar with policemen (building relationships with sources), which is something that career newspaper journalists do and bloggers don’t. Whether he’d know a blogger if he saw one in a crowded courtroom is not something he addressed.

James Moroney, of the Dallas Morning News, suggests that Congress should create tax breaks for newspaper companies, relax antitrust laws so that newspapers can experiment with joint content distributions, and establish laws or regulations to prevent unpaid content distribution over the internet. These are really bad ideas.

Marissa Mayer defended Google and Google News (which was referred to as a parasite by Forbes CEO and Chairman, Jim Spanfeller) valiantly, saying that “Google News and Google search provide a valuable free service to online newspapers specifically by sending interested readers to their sites at a rate of more than 1 billion clicks per month. Newspapers use that Web traffic to increase their readership and generate additional revenue…” Google has been taking a beating lately from news organizations ranging from the A.P. to Forbes claiming that it is somehow “stealing” their ad revenues.

Can Congress save journalism? Does it even have to?