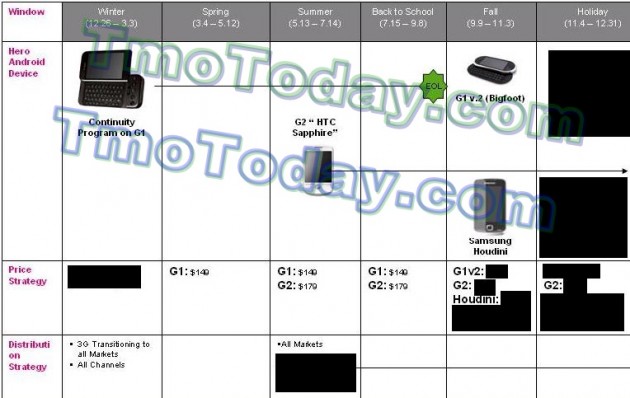 We have absolutely no idea what’s going on with all those shady black boxes in this leaked T-mobile Android roadmap, so the whole things a little iffy to us.

CellPhoneSignal posted the image originally, though it only showed the Samsung Houdini and G2 launch dates you see up above. Just a few hours later, TmoToday posted the image with one more box uncovered, revealing the supposed G1 v.2 “Bigfoot”.

Perhaps we’re crazy, but we’re getting the feeling that those images might just be placeholders. The dates seem plenty reasonable, but come on – look at the G1 v.2. Calling it similar to the Helio Ocean 2 would be an understatement.