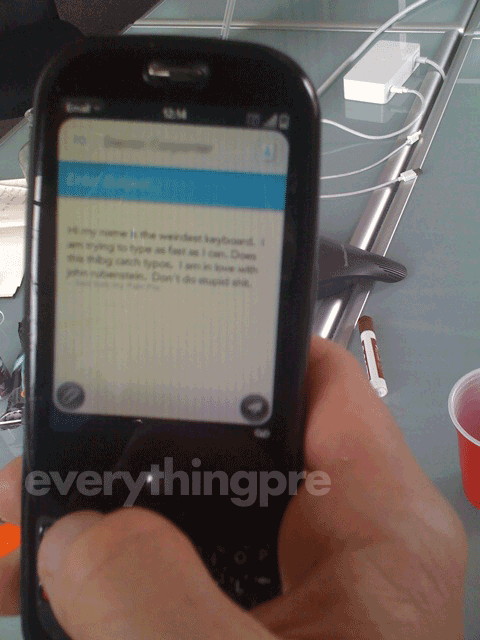 So, Laurence Toney or @lo_toney as he likes to be called on Twitter decided to flaunt the Pre he presumably has in his possession on Twitpic. I don’t know who he is and why he has a Pre but he’s a “busy Internet exec” and is some VP of Product and Marketing at Cake Financial. Anyway, he took some craptacular photos on his iPhone of the YouTube client and what appears to be the e-mail composition screen. Both are too blurry to note any significant details, but it’s out there and it’s just a bunch of random folk with the device.