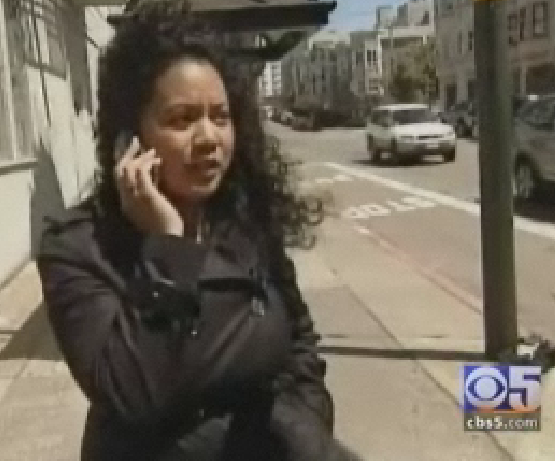 Yesterday, Silicon Valley’s local CBS affiliate ran a story (video here) about a woman getting her purse snatched. But what’s interesting is the way she got it back: With an assist from Google Latitude.

You see, in her purse, her phone had Google’s location-based social networking service installed, and it was updating the location of her phone in real-time. So even though the thief hopped in a car, when the girl called her sister, she was able to tell police exactly where the criminal was. They arrested the man and got the girl’s purse back.

It’s worth noting that the woman said she had the service running on her phone “as a joke,” so that she and her sisters could “stalk each other.” And that’s interesting because ever since it launched a few months ago, jokes have abounded about it being a tool for stalking. But at the same time, the program had a user base of over a million users just one week after it launched. People are clearly interested in using location data in social services, but it’s usually only negative connotations that are associated with stories about it. Here’s a positive one, but it still has some negative undertones.

After all, if the girl’s sister knew exactly where the phone was, that means Google did too. Of course, Google has a policy not to share that information, but if push came to shove, and the authorities got the right warrant, Google would have to give up such information. Hopefully, you’re not a criminal — and if you are, hopefully you’re smart enough not to use Google Latitude — but it’s still a bit creepy for most people to know that a company has data about where they are at all times. And Google is hardly the only one of these services, everything from Loopt to Whrrl to Brightkite all have varying degrees of information as to your whereabouts if you use them.

Location-based services have yet to take off on a large scale, but with Google now in the field, and major players like Facebook and MySpace undoubtedly looking at entering it, it’s only a matter of time. And when those huge social networks get into the game, there will be some initial backlash, but then people will start using it. (It may even complement other future lost purse stories.) And slowly, users will let the privacy ramifications fade into the background unless some sort of location-based horror story makes headlines.

I, for one, welcome a future with ubiquitous location services in the social layer. Because there are upsides to location as well. This purse snatching incident is a bit extreme, but using location to find friends close by on a service like FourSquare, which I’ve been using for several weeks now, also speaks well to its potential.

I really wish I could embed the CBS clip here, but they apparently don’t believe in embeds. Instead, I’ll just link to it again and tell you to watch for the reporter reenacting the robbery like a foppish dandy, and point out the ridiculousness captured in my screenshot above. It looks like the reporter asked the woman to hold her phone up to her ear while giving the interview to appear as if she’s somehow using Google Latitude at the same time. As if just because Google Latitude is a service for phones, you have to somehow use the voice functionality of a phone to interact with it. Oh, old media…