It looks like Samsung might have hired the same folks responsible for their last Omnia viral video to conjure up one for the HD i8910 (which, depending on where you live, may or may not go by the OmniaHD.)

This one doesn’t seem quite as creative as the last one (though, as that one was a play on something us gadget bloggers do on a weekly basis, we might be a bit biased toward it), but it’s bound to get them some hits. After showing off the HD i8910’s video quality a bit (which, if you pop the embed into HD mode, doesn’t seem too shabby. Of course, it’s professionally tailored not to), they make the phone “disappear”, challenging the viewer to guess how it was done.

Be it witchcraft, slight of hand, or a homage to Duck Soup, we’ve leave the sleuthing up to you – but check after the jump for one of the oddities we noticed. 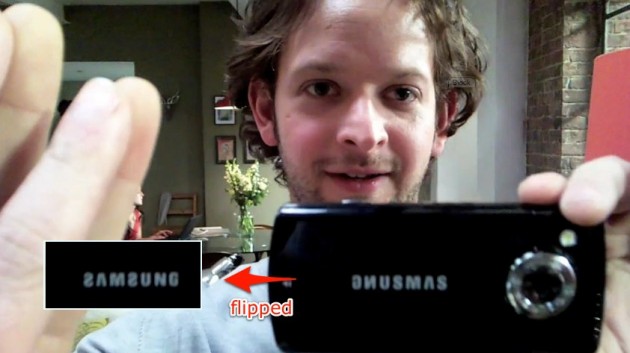 Either someone forgot to flip the S’s when they were setting up the “mirror”, or the HD i8910 is made by Samsung’s secret sister company, Zamzung. Spot anything else amiss? Let us know in the comments.