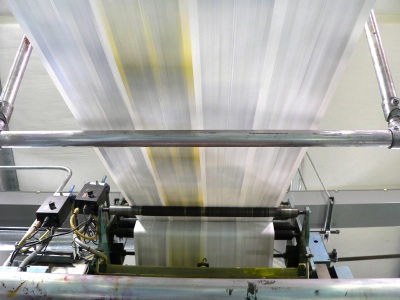 With its news syndication business under direct attack by the growing abundance of other news sources on the Internet, the Associated Press announced today that it will begin to police the Web and “develop a system to track content distributed online to determine if it is being legally used.” The A.P., it appears, wants to become the RIAA of the flailing newspaper industry—ferreting out information pirates and threatening lawsuits if they don’t turn over some of their Google gold.

The A.P. has a broad view of what constitutes its content. It is not just entire articles copied wholesale by spam blogs. The A.P. has problems with the unauthorized use of its headlines, even when they include links. Many of its policies ignore the concept of fair use. And even when it has cause to go after copyright violators, it sometimes relies on antiquated and tortuous legal theories. The A.P. is so backwards in its thinking that we’ve banned links to all of its stories on TechCrunch.

Now it wants to go after unauthorized use of its news articles across the Web. Forget for a moment that its notion of what constitutes unauthorized use may not hold up in a court of law. The A.P. is going directly after the search engines and news aggregators which often point traffic away from A.P. sources directly at the supposed infringers.

So how exactly does the A.P. plan on policing the Internet? Here I must rely on informed speculation, but I think I have a pretty good idea. The A.P. already monitors the Web for any partial or whole re-use of its articles and photos through a partnership with Attributor, a startup that has indexed the Web and can find any content for which it has a digital fingerprint. After identifying the worst offenders through Attributor, the A.P. could simply present that list to Google or any other site pointing to those offending sites and demand action. This action could be anything from redirecting links to A.P.-sanctioned sites to demanding a portion of the offending sites’ AdSense or other advertising revenues if they happen to be a customer.

Would Google comply with such requests? If doing so gets the A.P. and Rupert Murdoch off its back, and it believes there is a good chance that copyright infringement is taking place, it very well might. The real troubling aspect here is that this determination would not be made by a court, but rather placed into the hands of Google and the A.P. The A.P, for one, has already proven that it cannot be trusted to distinguish between fair use and infringement on its own behalf. And Google’s policy when it comes to claims of copyright infringement is to take down the offending content and ask questions later.

Update: Google explains its relationship with the A.P. and why it doesn’t think it should be a target in a new blog post.