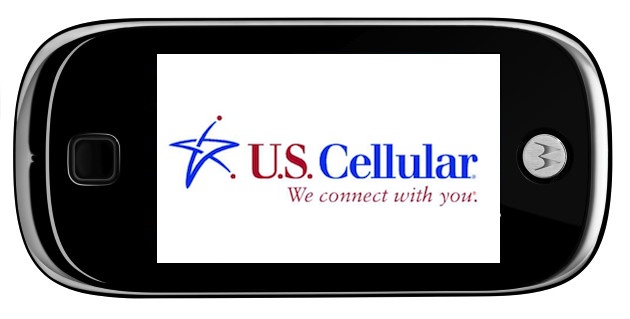 Yesterday, Cricket announced their plans to carry Motorola’s just disclosed Evoke QA4. What wasn’t announced, however, was whether US Cellular would also be carrying the device, as previous rumors had indicated. If the demo phones on the floor at CTIA are any indication, it just might.

We just met with Motorola for a quick hands on demonstration of the Evoke (video of which just so happens to be uploading now). After they’d handed it over to us, we accidentally powered the device off while learning to work it. For about 3 seconds while the device was booting, the US Cellular logo was on screen, clear as day. Alas, our camera had already found its way back into our pocket, and the logo was gone by the time we whipped it back out – but it was undeniably there.

Of course, this doesn’t absolutely mean it’s destined for the US’s 6th most popular carrier. It could have been a place holder, and plans might change – but as far as we can tell, it’s likely we’ll see it hit US Cellular within the next few months. Motorola, as expected, declined to speak about unannounced carrier plans.