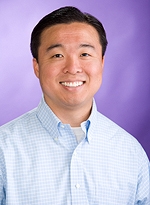 Facebook is losing its CFO Gideon Yu. The Wall Street Journal broke the news earlier today, and speculated that the reason could be that Facebook might want to make an early bid for an IPO and wants a CFO with public company experience (which is complete nonsense). Yu was previously the CFO of YouTube. At Facebook, he was key to raising money from Microsoft at the famous $15 billion valuation, but as the economy soured he was not able to find as many takers at that same price, despite Facebook’s voracious need for capital to keep up with its growth.

A Facebook spokesperson has confirmed Yu’s departure to us, providing the following statement.

Facebook confirms that CFO Gideon Yu will be leaving the company. Gideon has played an important role in helping us achieve our financial success, building a strong finance team and establishing the core financial operations of our company. We are grateful to Gideon for his contributions to Facebook and what we are trying to accomplish. Despite the poor economic climate, we are pleased that our financial performance is strong and we are well positioned for the next stage of our growth. We have retained Spencer Stuart to lead our search for a new CFO and will be looking for someone with public company experience.

High-level departures are becoming more common at Facebook as it strives to match its managerial talent to its ever-changing needs. Part of Yu’s job was to find capital to keep Facebook’s server farms growing. He was certainly in constant discussions with various investors, even going to Dubai last year looking for deep wallets. But he came home empty-handed.

An early IPO may not necessarily be the best thing for Facebook right now. Its revenues are rumored to be growing faster than many people think, driven by a huge inventory of advertising spots. Even if those ads are sold for pennies apiece, those pennies add up. One insider claims that revenues are on track to exceed $400 million this year. But Facebook would do better to wait until it starts generating substantial profits before testing the IPO waters. Going out too soon may just be a sign that it can’t find funding in the private markets.