The number of apps for the iPhone/iPod Touch is nearing the 30,000 mark but hardly any application takes advantage of the network effects that lie within the Apple ecosystem. Most developers simply ignore the fact that all iPhones and iPod Touches are interconnected globally and roll out stand-alone applications. This is one of the major reasons why the vast majority of fun apps lack stickiness and are easily forgotten after a few quick bursts.

But a Tokyo-based start-up called Genkii is building a unique app that has the potential to not only let a few iPhone users connect with each other, but thousands of them – at the same time or asynchronously. Sparkle is poised to become the first virtual world for the iPhone. What’s more, it’s being developed completely from scratch, exclusively as an MMO for the iPhone/iPod Touch.

But for the average iPhone user, Sparkle 3D will be much more interesting. Once finalized, Genkii says users will get a full-fledged virtual world in 3D (the company has a track record in virtual worlds development). Sparkle 3D will have its own economy, customizable personal spaces and avatars, social networking functions, virtual goods, games, streaming audio support, etc.

Have a look at some early Sparkle 3D screens and avatar designs below. 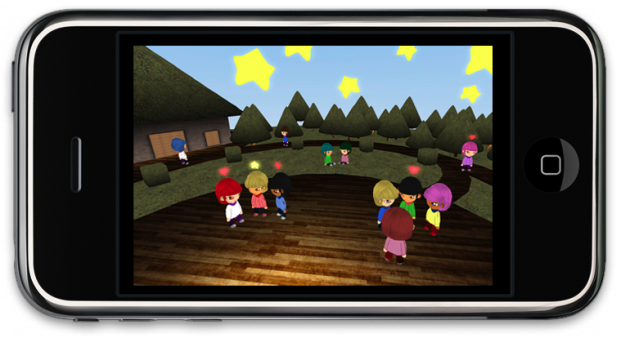 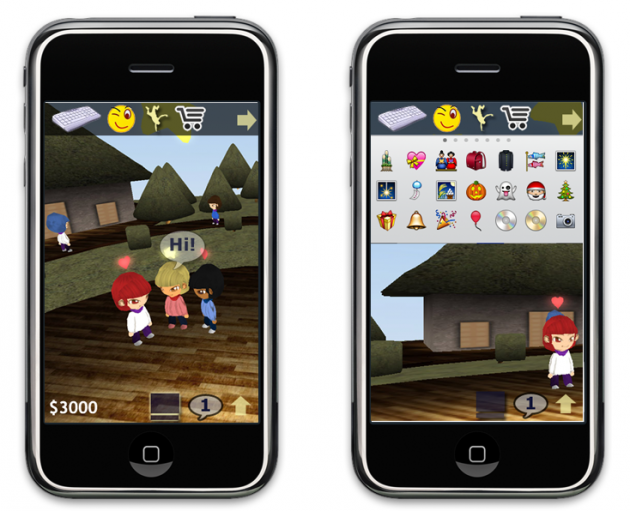 CEO Ken Brady says the company is looking at ways to integrate Sparkle 3D with other significant platforms such as PlayStation Home and plans to support these platforms in the near future. This means that users from fixed-web virtual worlds and MMORPGS can connect with Sparkle 3D users without having to own an iPhone or iPod Touch. The app will also be available in a number of languages right from the start.

Another obvious option to expand the virtual world is to make Sparkle 3D available for browser clients, Android phones or video game machines like Nintendo’s Wii. Brady says this would be an important step in growing Sparkle and a viable option due to the way the technology is built, but right now, the focus is on developing a virtual world for the estimated 40 million iPhone and iPod Touch owners out there.

The viral potential for a mobile virtual world optimized for the Apple ecosystem could be as big as the potential for continuous monetization: sales of avatar accessories, virtual apartments (utilizing iPhone 3.0’s new subscription option), sales of in-game items, music downloads, branded spaces and conventional ads come to mind.

Currently, Genkii is completely self-funded and has been bootstrapping for over a year. The company is now actively seeking angel investment to accelerate development of Sparkle 3D. We will stay tuned.