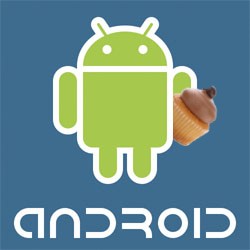 Uh oh, folks – looks like the “Cupcake” Android update for the G1 might not be coming out of the oven as soon as we’d heard. Last week, the folks over at PocketLink declared that they’d managed to get a T-Mobile spokesperson on the record saying that the G1 would be getting the Cupcake update in April – but now another T-Mobile spokesperson is calling shenanigans

According to Betanews, T-Mobile USA Rep Erica Gordon has dismissed the April Cupcake launch as “”just a rumor.” Now we’ve got two reputable outlets both hearing different things – so what’s up?

If we had to guess – and this is pure conjecture – we’d blame miscommunication. When asked if T-Mobile International had confirmed a release date, Gordon responded “”Not as far as I know.” In other words, she hadn’t asked.

Her answer is the Rep School 101 textbook answer: when you get backed into a corner on the matter of something unannounced, just call it a rumor and move on. It sounds like another T-Mobile rep, authorized or not, disclosed the April target window, and the second rep either didn’t know the cat had been let out of the bag or, if it wasn’t an authorized disclosure in the first place, didn’t want to double up on the mistake.

With reasonably functional builds of Cupcake already up and running on reflashed handsets and the HTC Magic launching in April, we’re still betting that we’ll see it by the end of next month.