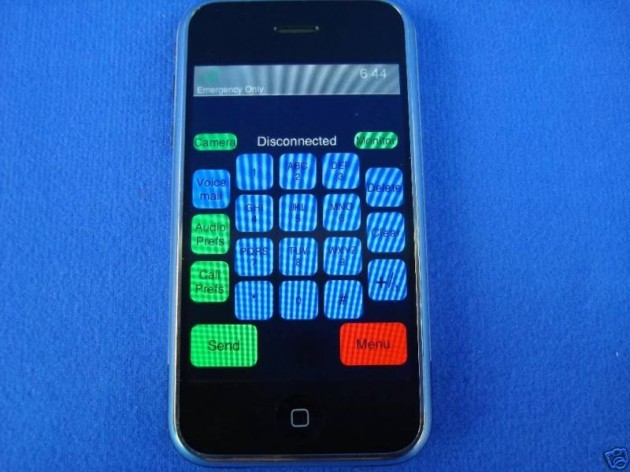 A fella in Illinois has himself an iPhone protoype with an early beta OS and it’s up for sale on eBay if you’re into that sort of thing. In fact, he has two prototype iPhones for sale, but only one works and it has a matte plastic screen. The dud has a glass screen and doesn’t seem to offer much of anything save for spare parts at best.

The working prototype appears to be able to send and receive phone calls, but only receives text messages along with a few other issues. Neither is denoted with “iPhone” or storage capacity size anywhere on either device. The best part about the working prototype is that it has a set of alternating subtitles that includes “skankphone.”

The seller seems to have done his research, too. Based on the serial numbers, the working protoype was built in week 49 of 2006 while the dud was pushed off the factory line the following week. The OS that’s running is 03.06.01_G. Official iPhone OS that launched was 03.11.02_G. Bidding ends on March 11th and the highest bid is currently $315.