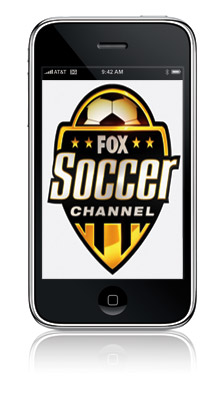 Starting tomorrow, Fox Soccer Channel boldly enters the year 2004, figuring out this whole “text message thing.” The channel, of which I’m a huge fan, will start a text message service that will remind fans of upcoming matches, team news, etc. It’s your standard sports news service, but one tailored to FSC’s niche. Imagine things like “Don’t miss Inter v. Genoa, this Saturday at 12pm Eastern on FSC!” and “News flash: Arsenal have finally scored a goal!”

Fox Soccer Channel isn’t the first sports network to offer text message alerts. ESPN, which, well, doesn’t exactly have the same audience as FSC—does the average guy watching Baseball Tonight know the difference between the FA Cup and the Premier League?—has its own ESPN Alerts service, for example.

Now, in order to sign up for the service, you’ll have to send the text message FSCTV to 37288; all the major carriers are supported, but be prepared to pay per text message unless you’re on one of those all-you-can-text programs.