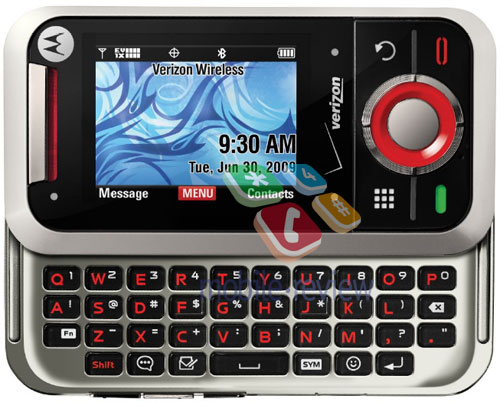 The Moto RUSH 2 confuses us a bit. It’s not exactly gorgeous, but it’s not terribly ugly. It doesn’t look dirt cheap, but it doesn’t look like something we’d expect to pay more than $99 bucks out the door for. One of the product shots implies it has a touchscreen (note the on-screen dialer), but it’s a tiny one. It’s as if Motorola set out to make the most average phone they could.

Mobile-review was able to dig up these pictures of the RUSH 2 sporting a Verizon badge. According to them, it’ll be known as the A455 when it hits VZW, though no one knows when that might happen. Official product shots usually don’t lead their relative releases by too much, so we’d expect it some time in the next few months at most. We’ve got a special place in our hearts for low-mid-range QWERTY handsets – if Moto and Verizon push this thing out the door at a budget-friendly price, we’ve got nary a bad thing to say about it.