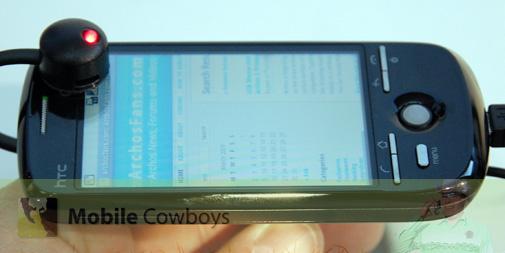 Not diggin’ the vanilla look of the HTC Magic that was shown during the announcement? Looking for something a bit more stealth? Like the yin to the white model’s yang, an all black model of the HTC Magic has hit the floor at this week’s CeBIT show in Germany.

Like the model we saw at MWC, this version isn’t quite final – the narrow buttons will be replaced with round ones before they hit the shelves – but it gives you a pretty idea of what it’ll look like decked out in black. And boy, does it look pretty.