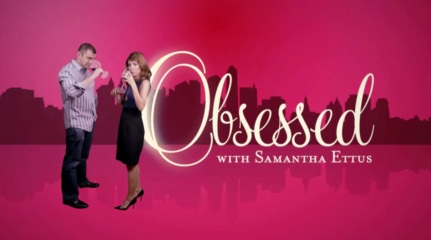 Gary Vaynerchuk is going after the Oprah set. The wine wholesaler who launched a career as a Web video celebrity talking about wine and marketing just launched Obsessed, a new video talk show hosted by Samantha Ettus. With Obsessed, Vaynerchuk hopes to move beyond niche programming on the Web to appeal to a mainstream audience.

The format of the show is an in-depth 30 to 40 minute interview with guests that appeal to 25 to 55-year-old women. The first interviews on the site right now are with food writer Mark Bittman and floral designer Preston Bailey. Future guests will include Today Show travel editor Peter Greenberg, TreeHugger founder Graham Hill, and BlogHer founder Liz Stone. (They are working on some bigger names as well).

Ettus will host the show and be the main star, while Vaynerchuk will come on at the end for 3 minutes to talk about wine, which is his thing. He is the host of Wine Library TV and also serves up regular videos on gary vay•ner•chuk, mostly about marketing. “There is only so much content I can pump out,” Vaynerchuk say. “I need to own as many media properties as possible.”

Vaynerchuk and Ettus are co-producers of the new show. Each owns half of Obsessed TV, the production company behind the endeavor. Vaynerchuk’s other projects include a T-shirt search engine and Corkd, a wine rating site he promises to pay more attention to this year.