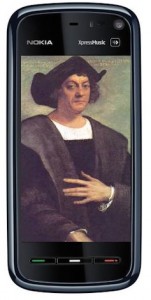 It’s been a long time since we saw the Nokia 5800 XpressMusic sneak into 10 seconds of The Dark Knight. At long last, Morgan Freeman isn’t the only North American who can get one. As expected, the North American model (with the proper 3G bands, of course) of Nokia’s first touchscreen has hit US soil.

While it’ll likely trickle out to other retailers in the coming weeks, it’s available immediately at the Nokia flagship stores in New York City and Chicago. It’ll set you back 399 bucks before Uncle Sam throws in his fees.