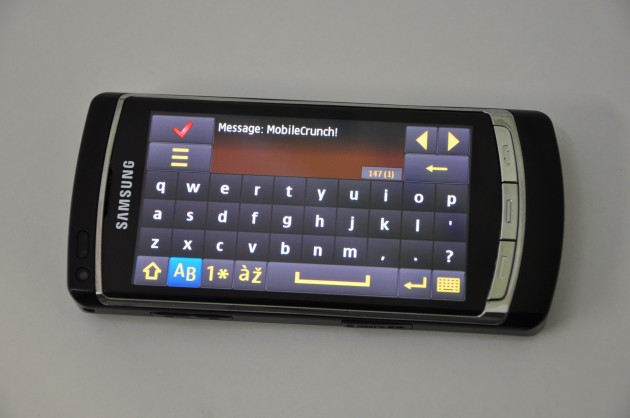 Oh Samsung OmniaHD, how lovely your 3.7″ AMOLED touchscreen is. Really – it’s friggin’ gorgeous. Be it the 8 megapixel camera, the 720p video recording, or the deafeningly loud stereo speakers, we love just about everything about it from a hardware standpoint – but we’re not too sure about the software.

We got to put our mitts all up on the Samsung OmniaHD for far longer than we expected Samsung to allow – read on for our impressions.

Check out our shots of it side-by-side with the iPhone below.