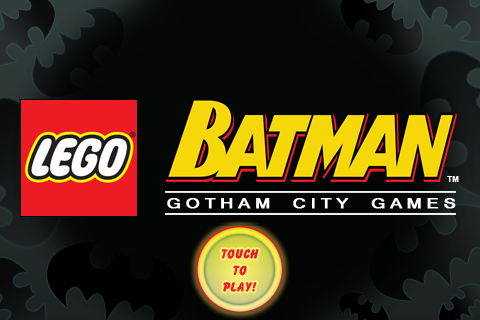 (For the record – Batman would kick Superman’s ass.)

I was excited for Warner Bros., DC Comics and CobraMobile’s LEGO Batman: Gotham City Games for the iPhone. Then I finished it within 10 minutes.

Don’t let the game’s title fool you – it’s not at all like the awesome LEGO games (Batman, Star Wars, Indiana Jones) available for various consoles. This is a pack of mini games. All of the mini games lack any sort of instruction, so you’re sitting there tapping and/or flailing about to figure out how to play the game.

Story Mode is fairly incoherent. The Riddler doesn’t make an appearance in the game and yet he’s included in the bad guy group shot. Oh, and Catwoman is on the screen that’s available in iTunes, but she never shows up in the game either. And Nightwing makes an appearance to stop Mr. Freeze in a cut scene, but nowhere else.

Freeplay makes up for it with some added content that’s unlocked when you accumulate enough points, but it’s a marginal benefit at that. There are other unlockable games, but the whole ‘no instructions’ comes into play and makes the whole experience frustrating. Sure, you eventually figure out what it is you need to do, but I would expect some instruction to begin with. Actually, instructions show up about half way through the story mode, but by that point I grew even more irritated that it wasn’t implemented from the beginning. I hope an update will fix this for potential buyer’s sake.

For $5 I would have expected more from this game. The Lego aspect never comes into play at all and I would advise against purchasing this game. It just wasn’t executed properly and I hope for the sake of those who purchased it that WB releases an update with new content or a new story line. Don’t buy this expecting a bite-sized version of the fun times you’ve come to know in the console version. Actually, just don’t buy it.