We’d have never thought breaking the news of Twitter co-founder and ex-CEO Jack Dorsey joining Ustream’s board of advisors would have that much of an effect on the micro-sharing service. As of 11:19 AM CET, Twitter is down for the count, which brings back a lot of memories here at TechCrunch.

I hate to pimp services I was involved in myself, but since it’s a non-commercial, fun project: Twiddict should be able to queue up your tweets for when Twitter comes back again (yes, it asks for your user name and password and no, we won’t do anything wrong with it).

Update: half an hour of downtime now, Twitter Status is silent. I’m getting my Fail Whale T-shirt.

Update 2: the error image (see below) switched to a bogus ‘database maintenance’ claim, with a message saying they’ll back in 30 minutes.

Update 4: this update on the Twitter Status blog says it was a database problem and the site was down for about an hour indeed. 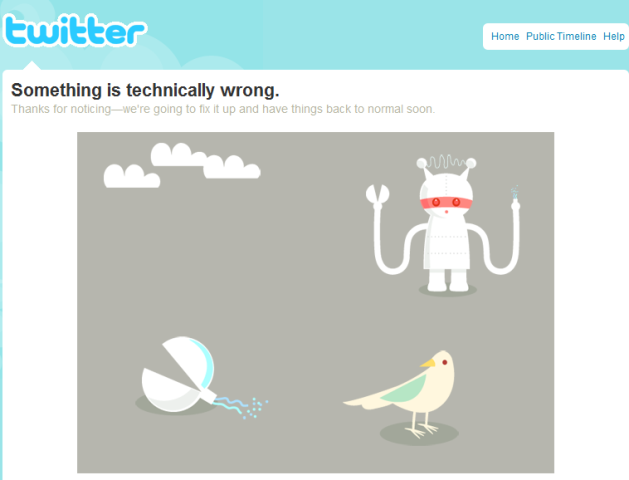 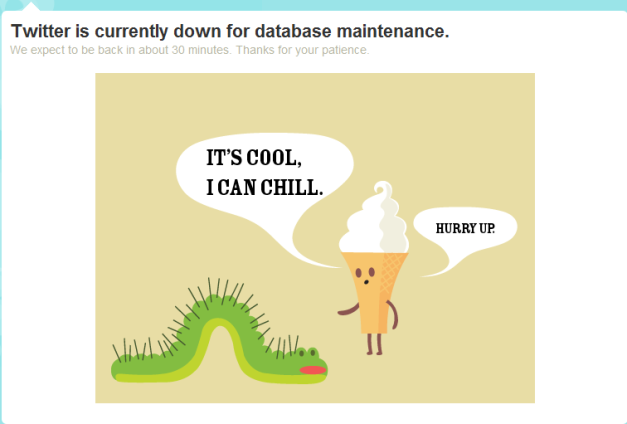