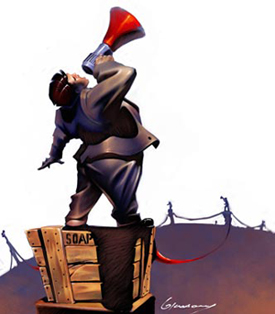 Last night, Facebook announced a set of changes to its platform that make it easier for third-party applications to exchange data about users’ status messages, notes, shared links, and videos.

The more open Facebook’s platform gets, the more powerful it becomes for developers to build fun and useful applications with Facebook’s data, either onsite or off. However, several pundits have already jumped to the conclusion that greater openness with concern to status updates in particular spells trouble for Twitter, the bourgeoning microblog service that Facebook itself recently courted without success.

No one knows just where Facebook is heading with its platform or whether it’s serious about crushing novel new social networking services like Twitter or FriendFeed. It’s easy for bloggers to speculate that every incremental change to its platform or feature set is a devious plan to do just this. But let’s not get ahead of ourselves, especially when there’s a lot to suggest that Facebook has a long way to go before putting any kind of dent in Twitter’s growing popularity.

Mike Butcher over at TechCrunch UK has outlined four particular ways in which he thinks Facebook “won’t kill Twitter”. First off, Facebook has a fundamentally different relationship model than Twitter. On Facebook, you create a simple two-way friendship with someone. On Twitter, you can choose to follow someone and you can be followed, but the following relationship doesn’t have to be bidirectional.

Butcher also suggests that Facebook is more interested in preserving ownership over its social graph than Twitter is over its own. And he points out that the replies Twitter users make to each other are usually public.

These are all fine points to make, and the technical differences he spells out certainly make it more difficult for Facebook to recreate the appeal of Twitter. But when it comes down to it, Facebook fails to challenge Twitter with this new platform upgrade because the two companies ultimately serve substantially different behavioral paradigms.

While Twitter and Facebook prompt users with eerily similar questions — Twitter asks “What are you doing?” and Facebook asks “What are you doing right now?” — their users don’t answer in the same way. By and large, Facebook users answer the question more faithfully than Twitter users. They actually provide information about what they’re currently doing, perhaps because they are prompted with a field that starts with something like “Mark is”. And the news feed lists their entries as action items (“Mark is having a bike ride” or at least “Mark likes biking outside”) under a tab called Status Updates.

Meanwhile, Twitter users have (by and large) decided to ignore the questioned posed for them. Instead of using the service to post real status updates — i.e. descriptions of what they’re currently doing — they use it as a public broadcasting system of sorts. It’s an efficient way for them to send out thought trinkets to an often ambiguous crowd of friends and strangers. And with @replies, Twitter morphs into a conversational medium, a big cocktail party where everybody is constantly eavesdropping on everybody else’s impromptu conversations.

There are, of course, exceptions to these generalizations. Facebook users do enter random thoughts in lieu of real status updates, and Twitter users do actually say what they’re currently doing. But the overlap is rather small, and it’s this smallness that undermines any attempt (real or imaginary) on Facebook’s part to steal Twitter’s thunder. Something behavioral about Facebook’s users would have to change, and it’s unlikely that these users — who are largely mainstream — are inclined to pick up the tweeting habits of a crowd that consists mostly of early adopters.