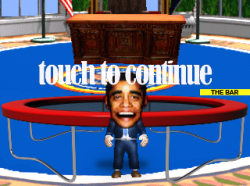 Video game developer Swamiware was surprised to see its latest iPhone app rejected by Apple, and so are we. The application was a harmless game that let you select a known U.S. politician (both republicans and democrats) and have him/her jump a virtual trampoline. You could tilt to control movement, use the head to pop some balloons with the White House or the Oval Office in the background, do some acrobatic flips and shake the device to clear the scene.

Now can make an educated guess as to why Apple decided to reject the application, because there are precedents. About a month ago, Tim Burks saw his cartoon being rejected as an iPhone app for likely the same reason the Obama Trampoline was denied:

… it contains content that ridicules public figures and is in violation of Section 3.3.12 from the iPhone SDK Agreement which states:

But does the Obama Trampoline app actually ridicule public figures? It’s not obscene or pornographic of nature, so why was it deemed either offensive or defamatory?

Not so bad, right?

Either way, the app goes in the … not the deadpool, but Mac developer Peter Hosey’s iPhone Applications Graveyard. 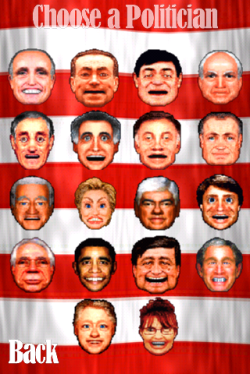 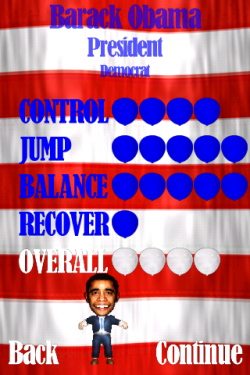 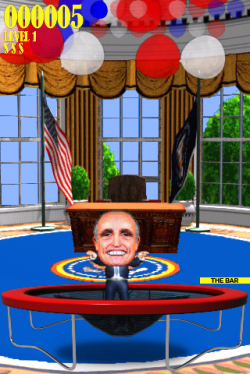 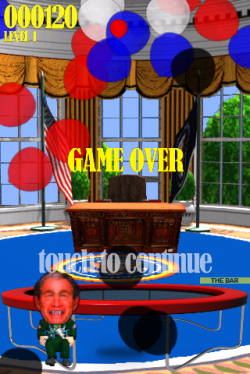