OpenTable, the online restaurant reservation site that was founded in 1998, is hoping to raise as much as $40 million in an IPO, according to a filing with the SEC (embedded below). The prospectus offers a detailed look at the company’s finances and operations.

The company lost 149,000 in net income, but turned an operating profit of 261,000. That is a rather slim margin, however, it appears that the company was spending as much as it could to grow and take market share, especially internationally where it is just getting started. Operating income in North America for teh period was $6.8 million, whereas the company took an operating loss of $6.5 million internationally. Those are startup costs, since it is just getting its foot in the door at restaurants outside the U.S. and Canada.

I have a feeling any IPO money will go towards international expansion. A successful IPO would be a coup for CEO Jeff Jordan, a former eBay executive who is well regarded in Silicon Valley. 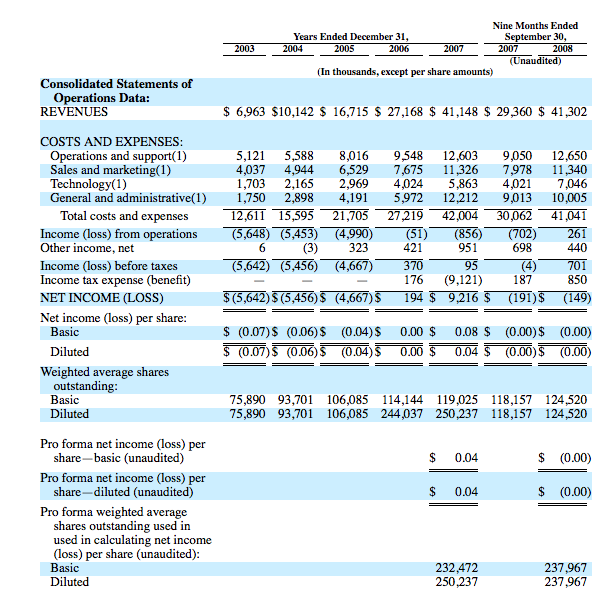 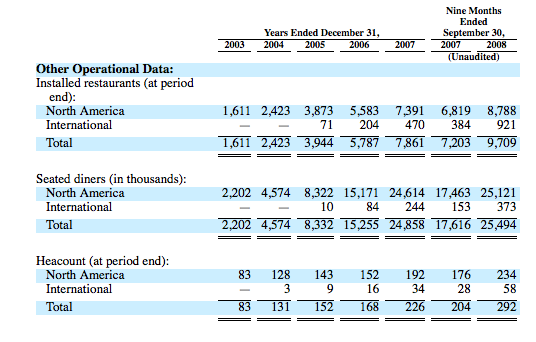