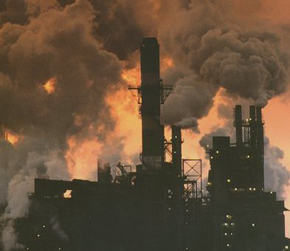 Right now the top stories on Techmeme revolve around a new piece in The Sunday Times of London that focuses on The Environmental Impact of Google Searches. In it, physicist Alex Wissner-Gross (a star MIT graduate who is now at Harvard) posits that a single Google search generates 7g of CO2, versus around 15g for a tea kettle – something he calls a “definite environmental impact.”

There’s no doubt that Google consumes a massive amount of energy, with hundreds of millions of searches conducted every day and data centers scattered across the globe. But let’s try to shed a little perspective on things.

A single book runs around 2,500 grams of CO2, or more than 350 times a Google search. By some estimates, a single cheeseburger has a carbon footprint of around 3,600 grams – over 500 times larger than a Google search. Granted, meat in general has a notoriously large carbon footprint, but if you’re genuinely concerned about your environmental impact then try cutting a burger from your diet every week and search guilt-free (you may even lose a few pounds).

And isn’t it possible that Google may actually be helping the environment in some ways? I can’t count how many times I’ve been able to use Google in lieu of driving to the library to look up a fact (each car trip would have had carbon costs orders of magnitude larger than that Google search). I’ve used Google Transit dozens of times to figure out train and bus schedules so that I wouldn’t have to drive my car. And surely the search engine has helped countless green-minded folk find a website where they could purchase carbon credits.

My issue with the article isn’t that it is factually incorrect – it’s that it paints Google as a malevolent force shrouded in secrecy, and that every time you use it (or one of the other mentioned companies like Twitter), you’re adding to the problem. In a word, it’s alarmist. Google could probably become more energy efficient, but I fear that articles like this will lead people to shy away from the Internet. Unlike gas guzzling SUVs, the web helps connect and enrich humanity. By all means encourage web companies to become as carbon neutral as possible, but don’t make energy-conscious consumers afraid of their browsers.

And finally, one last bit that is more concerned with the journalistic practices of The Times than Google. Alex Wissner-Gross co-founded an interesting startup called CO2Stats that we’ve covered a few times in the past (it was also a finalist in The Crunchies). The site helps websites stay as green as possible by offering carbon credits as well as badges to help promote the cause. The Times article only mentions the site in passing, and fails to acknowledge that CO2Stats is a company that earns money, not just an informative website. I sincerely doubt there is anything sinister going on, but such a major potential source of bias seems worthy of more than just a mention.

Update: Google has responded to The Times article, stating that a single search is actually equivalent to a mere 0.2 grams of CO2. The blog post also details some of Google’s efforts to further green technology as well as the energy efficiency of its own data centers. Also please note that while this post originally said that the article was from ‘The Times’, it is actually from The Sunday Times, a sister paper.