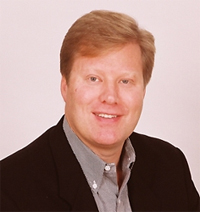 AOL’s EVP of Products and Marketing Kevin Conroy is leaving to take a new position at Univision.

This isn’t much of a surprise – we speculated on his future back in July when he announced (internally) the shuttering of four of his products (Xdrive, AOL Pictures, Bluestring and MyMobile). That still left him with AOL Mail, MYAOL, the AOL client, Userplane and Truveo, among others. But each of those products seemed to be a better fit in a different organization.

I’m writing to tell you that Kevin Conroy has accepted a position as President of Interactive Media at Univision. I want to thank Kevin for all he’s done on behalf of AOL during his time here, particularly over the past two years. I’m proud to have worked with Kevin and happy for him as he takes on this new role.

When I arrived here two years ago, I asked Kevin to take on one of the most important and difficult assignments – to completely revamp and revitalize AOL’s suite of products, while at the same time globalizing product development and expanding our reach across the Web. I knew Kevin had the drive and discipline needed to meet and exceed this challenge.

Under Kevin’s leadership, for example, AOL Mail made a dramatic turnaround, with a steady stream of upgrades and globalization (it’s available in 48 locales) that generated a 31% increase in page views last year. Our products are now more open to developers, more widely distributed through widgets and gadgets, and are at long last back on the Mac. The iPhone apps developed under Kevin’s leadership have been huge hits, generating millions of downloads. AOL now has a strong position in video and video search, an innovative partnership with CBS Radio, a strong lineup of toolbars, reinvigorated Winamp and SHOUTcast products, and the all-new AOL Desktop. At the same time, Kevin refined our product lineup so we could devote more resources to our key products.

Having done all this and much more, Kevin told me that he very much wanted to return to his media roots. If you don’t know, Kevin came to AOL eight years ago from BMG Entertainment, and his first assignment at AOL was to build AOL Music, which is now the leading music destination on the Web. At Univision, Kevin will be responsible for developing both online and mobile experiences for the nation’s fastest-growing audience. While we’re saying goodbye to Kevin, it’s my hope that we’ll continue to work with him in his new role.

We’ll be providing transition details about the Products organization soon. In the meantime, please join me in offering Kevin our very best wishes on his future endeavors.