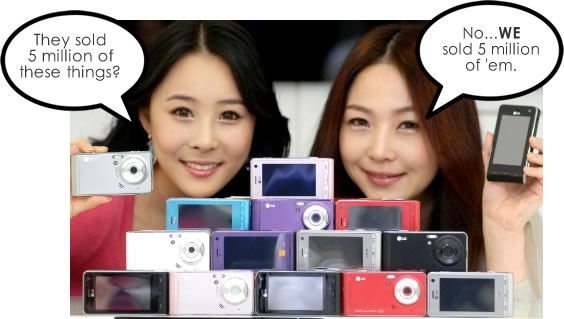 Of the 5 million units sold, 350,000 devices were snapped up in LG’s homeland (S. Korea), with the  majority of Viewty sales taking place across Europe and other parts Asia (4,650,000 units).  These numbers bode well for LG who has already announced an 8mp Viewty successor, the KC910 Renior, back in September 2008.

Just goes to show ya (mobile manufacturers), when you mix looks and features with actual functionality, we all win in the end!