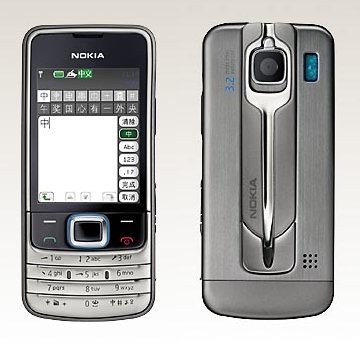 Nokia, the world’s most ubiquitous cell phone company, is showing off the new 6208c phone in China, which sports a pen for easy input of Chinese characters.

The touch screen on the 6208c is optimized to write Chinese characters and messages in the most natural way, with a pen. The design of the stylus, attached to the back of the phone, is inspired by bamboo slips and works perfectly with the large color display which is reminiscent of an ink stone, another element from traditional Chinese art and culture.

It’s somewhat surprising to see a return to the stylus for input in this day of multi-touch interfaces, but maybe that’s best for creating Chinese characters on a touchscreen. Thankfully the pen actually looks like a pen, rather than a standard stylus, and is well integrated into the back of the phone. It’s much nicer looking that the traditional stylus sheath.