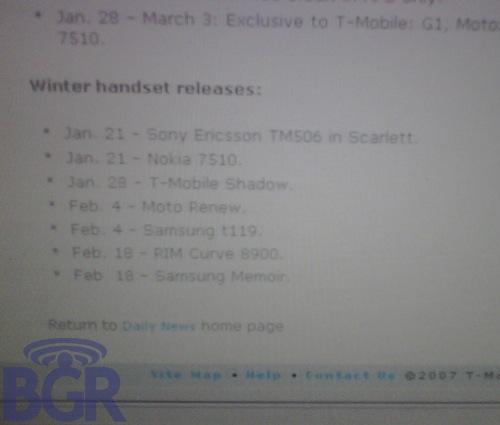 One of BG’s super sneaks managed to snap a shot of a blurp at the bottom of one of T-Mobile’s employee-only Daily News pages, detailing the next two months of handset releases.

What’s on the way, and what they are: