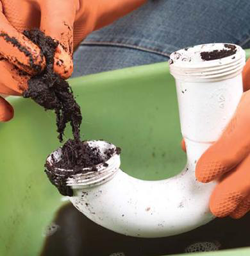 If you’ve been having trouble accessing some of the web’s most popular sites this morning, you aren’t alone – reports have been pouring in that major sites like Amazon, CNN, and ESPN have been having sporadic outages in some areas across the United States. The problem seems to be stemming from an issue with Level 3 Communications, which operates one of the largest internet backbones in the world.

According to InternetPulse, the provider has been showing severe latency times, and a number of other sites have confirmed that Level3 is the source of the issue.

Some of the affected sites are beginning to write blog posts explaining their outages to users (here are posts from SliceHost and Posterous). It looks like some of the issues are being resolved, but some sites are still having problems.

We should also note that AT&T customers have been reporting widespread outages in some regions. We’re trying to find out if the two outages are related.

Update, 11:45 AM PST: Level3 technical support technician Eunice Morales says that all of the issues have been resolved, and that the problems originated from Washington, DC, Chicago, Spain, and Germany. She also says that the problems with AT&T could possibly be related to the Level3 issues.