Video search on YouTube accounts for a quarter of all Google search queries in the U.S., according to the latest search engine numbers from comScore. Its monthly qSearch report, which was released on Thursday night, breaks out the number of searches conducted on YouTube. If it were a standalone site, YouTube would be the second largest search engine after Google. More searches are done through YouTube than through Yahoo, which has been the case for the past few months.

Christa Quarles, an analyst at Thomas Weisel Partners, writes in a report:

Google’s core search market share (which does not include YouTube) edged up 0.4 percent from October to 63.5 percent (and up 5.9 percent year-over-year). 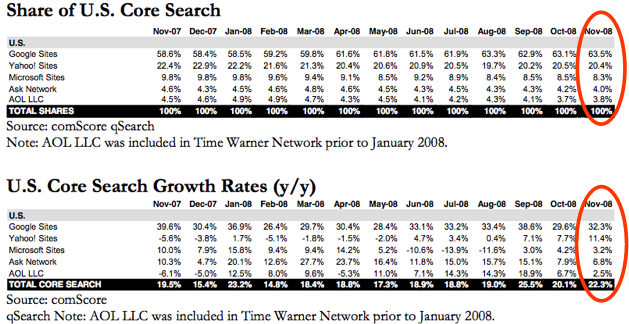