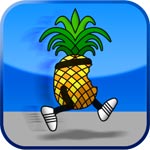 iPhone owners have been foaming at the mouth for an iP3G unlocking solution since its release and it seems that hack is right around the corner. The Dev-Team has announced that they have successfully done the seemingly impossible and will make the hack available via PwnageTool and QuickPwn sometime around the New Year. Which is just in time for Steve Jobs to announce something new at Macworld and make the iPhone irrelevant. I kid, I kid.

Speaking about PwnageTool, the Internet is swirling with reports that the 10.5.6 Leopard update breaks the DFU mode needed for the jailbreak. The Dev-Team seems to think that stopping iPhone hacking wasn’t Apple’s intent, and has suggested some workarounds. Chiefly, use the Windows version for now. Blasphemy!