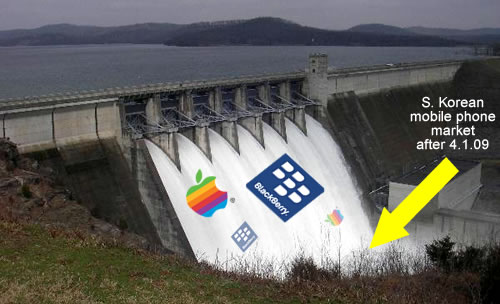 The Korea Communications Commission announced on Wednesday that it would no longer require mobile device  manufacturers to include a S. Korea-only technology, Wireless Internet Platform for Interoperability (WIPI), in handsets after April 1, 2009.

Why is this such a big deal? Well, prior to yesterday’s announcement, the mandatory inclusion of WIPI had effectively precluded numerous non-Korean manufacturers (i.e. Apple, RIM) from offering mobiles in the highly competitive South Korean market.  By lifting this rule, the Commission aims to bring more competition to the S. Korean mobile phone market which is currently dominated by hometown giants Samsung and LG, as well as expanding consumers’ choices.