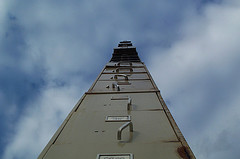 Bureaucracy kills innovation. We all know that. But why? Partly, it’s because bureaucracy grows out of prudence, a desire not to repeat the mistakes of the past. With the current economic crisis, for example, you can be sure that a lot more checks will be put into place—both in Washington and in corporate boardrooms—to prevent the excesses that got us into this situation from happening again. Governments and corporations alike react to crises by implementing more rules and regulations.

Putting checks in place, after all, is the prudent thing to do. But bureaucracies, and the checks they impose on companies, have their unintended consequences. Paul Graham takes a stab at exploring these costs in a new essay. He writes:

Every check has a cost.

. . . Checks instituted by governments can cripple a country’s whole economy. Up till about 1400, China was richer and more technologically advanced than Europe. One reason Europe pulled ahead was that the Chinese government restricted long trading voyages. So it was left to the Europeans to explore and eventually to dominate the rest of the world, including China.

In more recent times, Sarbanes-Oxley has practically destroyed the US IPO market. That wasn’t the intention of the legislators who wrote it. They just wanted to add a few more checks on public companies. But they forgot to consider the cost. They forgot that companies about to go public are usually rather stretched, and that the weight of a few extra checks that might be easy for General Electric to bear are enough to prevent younger companies from being public at all.

The bureaucracy of large corporations can be just as bad. He gives the examples of checking to make sure suppliers are solvent before allowing them to bid for business or approving large software purchases by committee. On the surface, these are prudent precautions, but they end up imposing costs that also need to be taken into account:

Checks on purchases will always be expensive, because the harder it is to sell something to you, the more it has to cost.

Suppliers, whether they are plastic manufacturers or software vendors, will incorporate the cost of complying with bureaucracy into their price. And it is not just outside vendors that make this calculation. So do employees. Throw too many rules at the employees who create your product and the most talented ones may decide it is not worth their while. Graham gives the example of software programmers frustrated by longer release schedules after their startup has been acquired by a larger company with more rules in place. He warns:

This is the cost of prudence. Sometimes it is worth it, sometimes it is not. Releasing software that actually works might be better than releasing early and releasing often, depending on what type of software it is and on your customers’ tolerance for failure. Stronger rules regulating the buying and selling of credit derivatives would have definitely been in the “worth it” category. Imposing Sarbanes-Oxley equally across companies both big and small was overkill.

Rules need to be judged not only by what they are designed to accomplish or protect against, but also by the hidden costs they end up imposing on everyone who follows them.