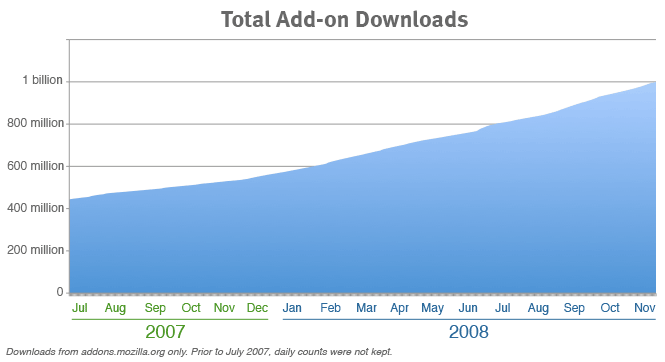 In other Mozilla news, Firefox and other Mozilla products hit a major milestone today with the one billionth download of add-on software for the browser. That feat took three and half years.

Many of those downloads are never used more than once or twice, of course. But there is no doubt about it that Firefox is major software platform. Just look at StumbleUpon, it was built on top of Firefox.

What is atop the current list of most popular add-ons? Adblock Plus, followed by a bunch of download tools. And let’s not forget Greasemonkey at No. 9, which is it’s own Web development platform.