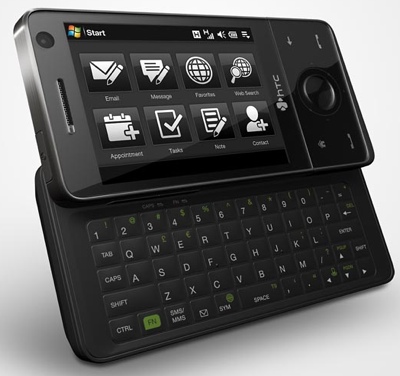 Right on schedule, AT&T has launched their rebranded version of the HTC Touch Pro, which is known around the AT&T camp as the “Fuze”.

While we haven’t snuggled up with a Fuze just yet, we’ve spent our fair share of time with the Sprint version of the Touch Pro. If you’re looking to rock a QWERTY Windows Mobile device, the Touch Pro’s a solid pick – with the main differences between the AT&T and Sprint handsets being aesthetic variations (well, besides the GSM/CDMA radios inside), we’d wager the Fuze isn’t too bad either.

If you’re not looking for commitments right now, this one’ll set you back $500 large. If you’re down to hang out with AT&T for a couple of years, the price tag drops down to $299 after rebates.