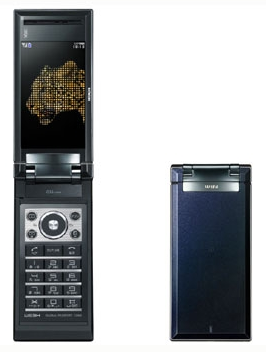 Just yesterday I was babbling about how impressed I was that they’d managed to squeeze WVGA (480×800) into a 3.1″ screen on the 8.1 megapixel Casio W63CA. Apparently, its got a (somewhat less sightly) twin.

This morning, Hitachi announced the W63H which, as you could probably guess from the model number, is pretty dang similar. Well, as long as you ignore that the Hitachi handset is missing the 8.1 megapixel camera, instead touting a 5 megapixel shooter with face recognition. While the shots it takes might not be as mammoth, its got the same Samsung 3.1″ WVGA OLED screen, and the keypads are similar enough that it would take a few extra takes to spot the differences.

From the outside, however, the differences seem obvious, with the Casio looking. to be a whole lot easier on the eyes. Either the Hitachi model is being placed in the market as more wallet-friendly, or they need to get better product photographers. Though we’ll never see this one outside of Japan, look for it on the shelves at Yodobashi in orange, white, or black.